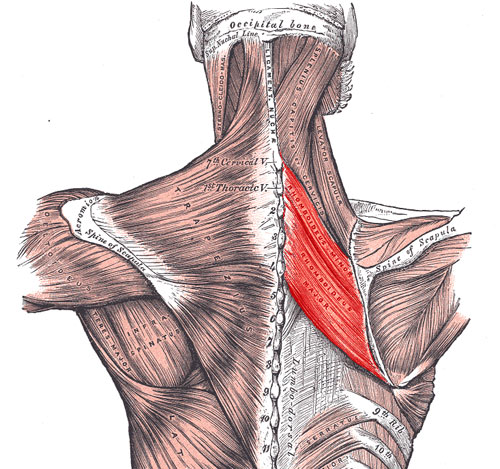 The two rhomboid muscles extend as parallel bands from the spines of the vertebrae to the scapula. They pull the scapula upward and backward, and help to rotate it.