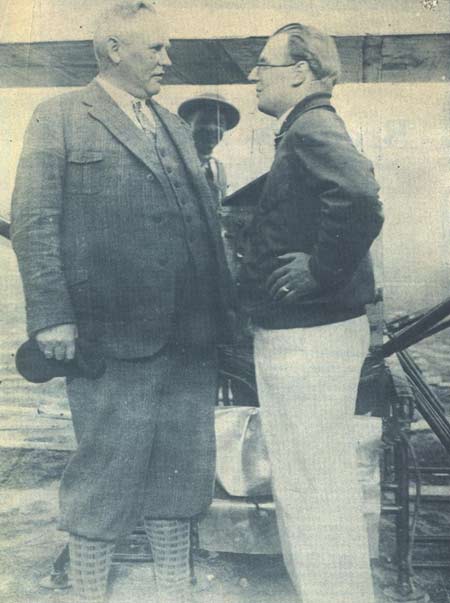 Friedrich Sander was a German entrepreneur and manufacturer of black powder rockets who rose to fame in the 1920s and 1930s through his involvement, with Max Valier and Fritz von Opel, in the development of a variety of rocket-powered cars, sleds, gliders, and airplanes (see Opel-RAK).

In 1923, Sander bought the H. G. Cordes company in Bremerhaven, which had been manufacturing black powder charges for whaling harpoons since the mid-19th century. Sander soon expanded the factory's products to include signal rockets. In 1928, he was approached by Valier, on behalf of von Opel, to provide rockets to propel cars and aircraft as a means of promoting the Opel company. Their joint projects involved the creation of the world's first rocket car, the Volkhart-R1, and the first rocket plane, the Ente.

From 1930, Sander (with other pyrotechnics factories) began secretly manufacturing rockets for military purposes, at the direction of Walter Dornberger. In 1936 he signed a contract for the sale of some of these weapons to Italy but was denounced as a traitor by the Nazis and imprisoned. During this time, the company was bankrupted, but upon his release later the same year, Sander founded a new company, Comet GmbH, with the assistance of some of his previous suppliers. In 1938, the firm was nationalized and Sander, again imprisoned, was forced to sell his interests in it to the Nazi Party. He died whilst in custody.