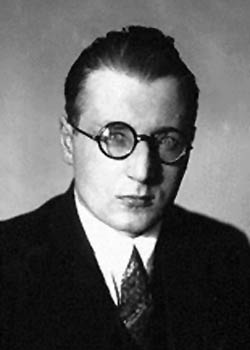 Fritz von Opel was a German automotive industrialist and grandson of Adam Opel, founder of the Opel car company, who took part, with Max Valier (of the newly formed Verein für Raumschiffahrt) and Friedrich Wilhelm Sander, in experiments with rocket propulsion for automobiles and aircraft, earning himself the nickname "Rocket Fritz." On March 15, 1928, Kurt Volkhart tested the world's first rocket-propelled car, the Opel-RAK 1 and achieved a top speed of 75 km/h (47 mph) in it, proving the concept. On May 23 of that year, he reached a speed of 230 km/h (143 mph) in an improved version, the RAK 2, driven by 24 solid-rockets. Later that same year, Opel purchased a sailplane named the Ente from Alexander Lippisch and attached rocket motors to it, creating the world's first rocket plane on Jun 11. The aircraft exploded on its second test-flight, before Opel had a chance to pilot it himself, so he commissioned a new aircraft, also called the RAK 1 from Julius Hatry, and flew it at Frankfurt-am-Main on Sep 30, 1929. On September 30, 1929, Opel piloted the second rocket airplane to fly, another Hatry glider fitted with 16 solid-fuel rockets.

Fritz von Opel was born in Rüsselheim and educated at the technical university of Darmstadt. After graduation, he was made director of testing for Opel and also put in charge of publicity – hence his involvement in rocket publicity stunts. He left the Opel company and Germany in 1929.