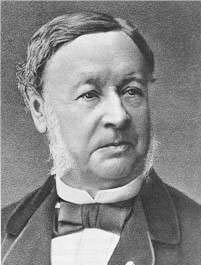 Theodor Schwann was a German naturalist who established that cells were the fundamental units of life (1839), thus laying the foundations of modern histology, and played a part in disproving the idea of spontaneous generation. Schwann showed that the putrefaction of meat required the presence of microscopic organisms, and that if these were rigorously excluded the meat would remain fresh for long periods of time. In 1836 he became the first person to prepare an enzyme from animal tissue when he isolated and named pepsin.

Schwann cells, named after Theodor Schwann who discovered them, are cells that wrap around the axons of nerve fibers to form a fatty, protective myelin sheath. Between sections of myelin sheath are small gaps called nodes of Ranvier. The sheath serves to electrically insulate the nerve and allow the more rapid passage of nerve impulses.