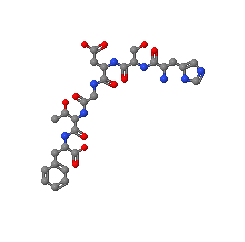 Secretin is a peptide hormone produced in the S cells of the duodenum. Secretin is released in response to low duodenal pH caused by the presence of hydrochloric acid from the stomach, and stimulates the secretion of bile from the liver, alkaline pancreatic juice from the pancreas, and biocarbonate from duodenal Brunner's glands. It also reduces acid secretion from the stomach by inhibiting gastrin release from G cells. The result of these actions is to help neutralize the pH of the digestive products entering the duodenum from the stomach, which is important as enzymes from the pancreas (e.g. pancreatic amylase and pancreatic lipase) function optimally at neutral pH.

Secretin, whose function was first demonstrated in 1902, was the first substance to be described as a hormone.