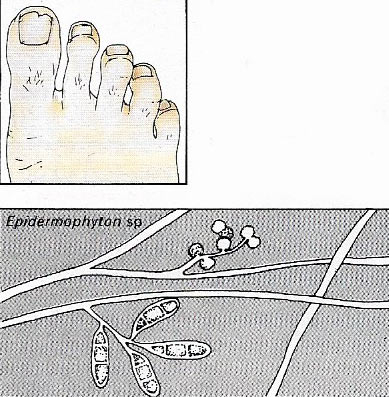 Fig 1. Athlete's foot (misnamed Tinea pedis or ringworm of the foot) is the most common fungal infection of the skin. The affected skin becomes sodden and white, peeling off to reveal a red raw area. 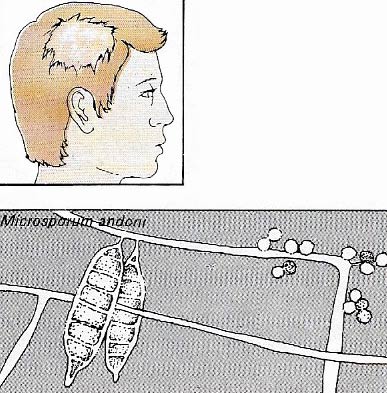 Fig 2. Ringworm of the scalp, also a fungal infection, causes lesions of the scalp and loss of hair from the affected areas. Common types of ringworm are easily cured and hair regrows. 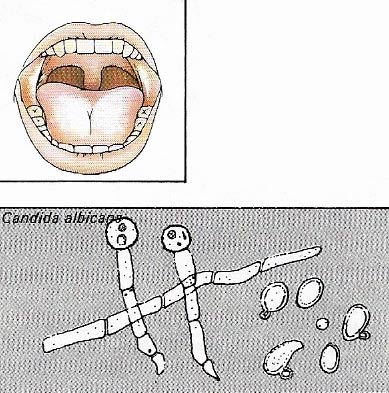 Fig 3. Thrush is the name given to the white patches of the infection on the throat, tongue, lips and palate in young children. The same fungus causes an uncomfortable vaginal infestation in women.

Fig 4. The sweat glands (1) and hair follicles (2) of normal skin (A) are liable to disorders and infections (B). In hot, humid climates, the openings (3) of the sweat glands may become blocked, resulting in rupture of the gland and the inflammation known as 'prickly heat'. Bacterial infection of the oil-secreting gland (4) that is attached to each hair follicle is one of the causes of acne, in which pustular bodies develop. 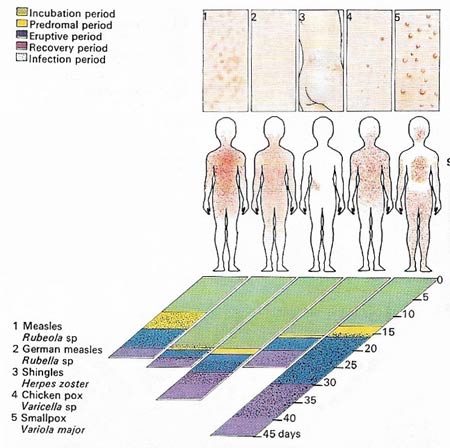 Fig 5. The common viral diseases are mostly characterized by unsightly and painful rashes. Although these are not the primary result of the infection, their appearance helps to differentiate the diseases. 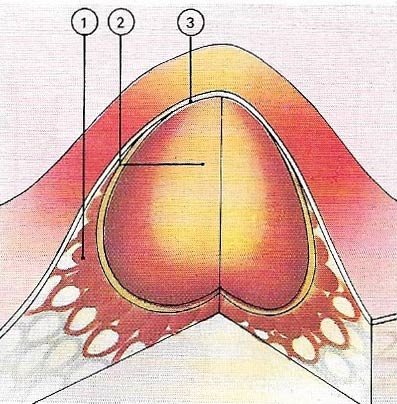 Fig 6. When bacteria penetrate the skin there is a local invasion of white blood cells that engulf the invading bacteria and plug the local capillaries (1) to isolate the infection. The mixture of white cells, dead bacteria and tissue (2) build up inside the fibrous capsule (3) that develops round the infected area. If the abscess is not lanced, more pus is produced until the skin ruptures. 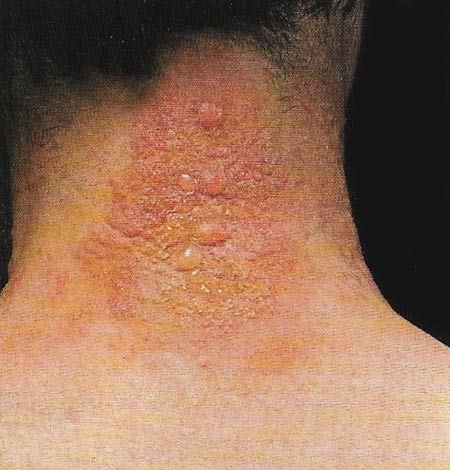 Fig 7. The most common form of burning is sunburn, caused by over-exposure to the ultraviolet rays of sunlight. Cautious exposure to the sun causes the development of brown pigment which is the body's natural defence against sunlight. Additional benefits include ultraviolet light and also the formation of vitamin D. Sunlight has been implicated, however, as one cause of cancer of the skin. It is strongly recommended that a high factor sun screen is used whenever a person is going to be out in the sun to help protect against skin cancer. 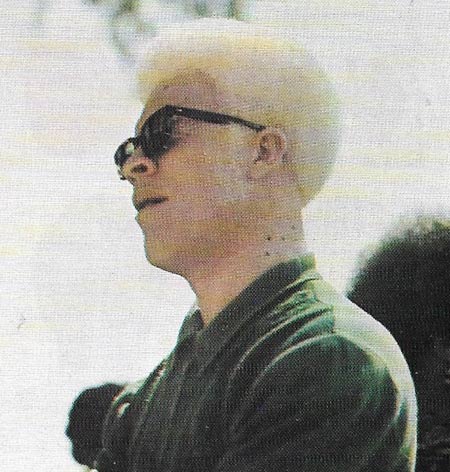 Fig 8. Albinism can occur in any population. It can be total, which is a congenital condition, or patchy. The lack of pigment causes sensitivity to sunlight. Pink coloration is due to reflection of light from blood vessels.

The skin, the body's covering organ, has a triple susceptibility to disease. First, because of its location; secondly because of its dependence on the rest of the body; and thirdly because the skin itself is prone to faulty functioning.

Infestations of the outer skin layer (the epidermis) are usually caused by microscopic fungi that use dead cells and skin secretions as food. These fungi are particularly prone to grow in humid protected regions, the armpits, groin, hair, and feet in particular. Different types of fungi grow in the different regions, and although the generic term ringworm may be applied to them, they have nothing to do with worms (Fig 1 and 2). The mouth and vagina are also liable to colonization by the fungus Candida albicans, or thrush (Fig 3). These fungal infestations are not usually harmful although they cause intense irritation. They must be treated, however, as severe complications can result.

The skin is also colonized by billions of bacteria. In general these do no harm; indeed, because their presence makes it difficult for some dangerous bacteria to get a hold, they in fact do good. These beneficial bacteria use organic substances in sweat as food and the major disadvantage of their presence is that the chemical transformation of sweat they cause give rise to the unpleasant odors of stale sweat. Other less wholesome bacteria can be present on the skin and if these manage to penetrate it through a cut or crack, they can infect a wound or may form an abscess. Similar bacteria result in the formation of spots or, more seriously acne, in which a hair follicle that has been blocked by excess secretions becomes infected. Impetigo is another bacterial skin infection. It causes itching and is contagious.

In the UK, insect infestations of the skin are now rare, but less than 50 years ago infestation by mites, lice and fleas were common. Itching caused by insects was so common that infestation by the scabies mite, burrowing into the skin, was called "the itch".

Burns usually result from exposure of the skin to high energy (heat or radiation), although they may be caused by acids. They are divided into three degrees depending on their severity and the depths of the burn. First-degree burns involving redness of the skin occur in sunburn and mild overexposure to other sorts of radiation such as X-rays or gamma-rays. Second-degree burns are more severe but still heal without a scar, while third-degree burns involve the peeling of all the epidermis and consequent painful exposure of the dermis and its nerve endings, with formation of scars on healing. Scar formation is the skin's method of repair to any severe damage on its surface. Scars are formed after third-degree burns and as a result of wounds, or due to rupture of the skin as when an abscess bursts. People in some cultures deliberately wound the skin to form scars: Prussian duelling scars, for example, or African tribal scars.

Skin problems by attack from within can be caused by infective agents. The viral diseases of childhood, as well as smallpox, are examples of diseases in which the infective agent reaches the skin through the bloodstream (Fig 5). The skin problems – rash, itching and the formation of pustules )"pox") – are only one part of the infection and its effects on other organs are the more severe, if less obvious, risks to health; arthritis or osteomyelitis (an infection of the bone) can follow.

Direct viral attack of the skin is thought to be the cause of verrucae (and possibly warts), which seem to be contagious. There are also psychological aspects about them, for many people never get them, despite exposure.

Wrong diet and upset metabolism are probable causes of malfunction in the skin's sebaceous glands, which can become blocked through over-production of oily sebum, producing a local build-up of sebum that can lead to dandruff or acne. Many of the less well-known skin rashes are caused from within the body and affect its metabolism. Red and greasy skin, for instance coarsened in texture (rosacea), is a disease apparently resulting from overindulgence and indigestion but it does affect tea drinkers and alcohol drinkers alike.

Several skin diseases are associated with a breakdown in normal function of the tissues of the skin itself. The most common of these are baldness, or alopecia, in which the hair follicles apparently wear out, failing to replace hair as it falls, and the whitening of the hair due to loss of pigment. These are both usually senile changes, with a strong hereditary component. Birthmarks, in contrast, are localized abnormalities that involve over pigmentation and disorders in the blood supply (port wine stains).