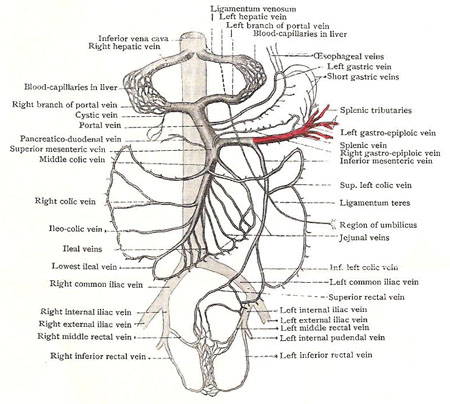 The splenic vein and its tributaries are shown in red in this schema of the portal system of veins.

Besides its splenic tributaries, the short gastric and left gastro-epiploic veins from the stomach join it near its origin or may join these tributaries; small pancreatic veins join it throughout its course; and the inferior mesenteric, bringing blood from the rectum and the distal half of the colon, joins it at any part of its last two inches – and may even join the commencement of the portal vein or the end of the superior mesenteric.