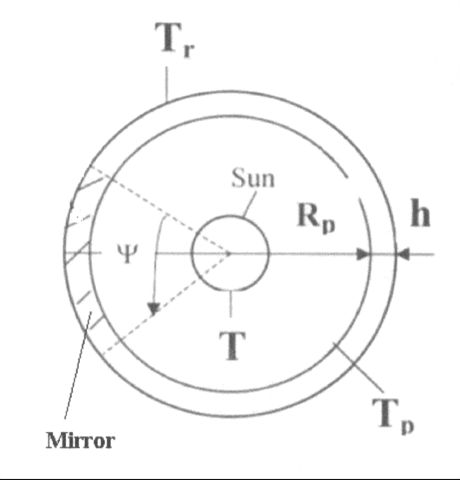 Class C stellar engine. Without the mirror this becomes class B.

A stellar engine is a hypothetical device built by a Type II Kardashev civilization that uses a significant fraction of a star's radiation, in one of several ways, to generate exergy. (Exergy is the maximum amount of work that can be extracted from a given energy amount, under given environmental parameters. For example, for a heat quantity Q at temperature T, the exergy is Q(1 - T'/T) where T' is the ambient temperature.)