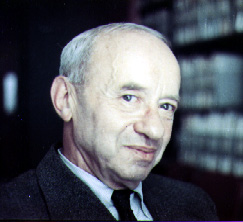 Alfred Tarski was a Polish-American mathematician who, along with Aristotle, Friedrich Frege, and Kurt Gödel is considered one of the greatest logicians of all time and certainly the most prolific: his collected works, excluding books, runs to 2,500 pages. Tarski made important contributions in many areas of mathematics, including set theory, topology, algebraic logic, and metamathematics. His most important contribution to logic is the semantic method – a technique that allows a more exacting study of formal scientific languages. His publications include Introduction to ogic and the Methodology of Deductive Science (1936) and Logic, Semantics, and Metamathematics (1956).