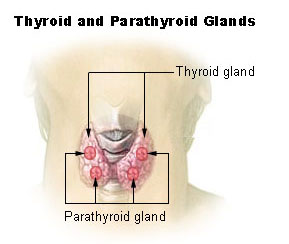 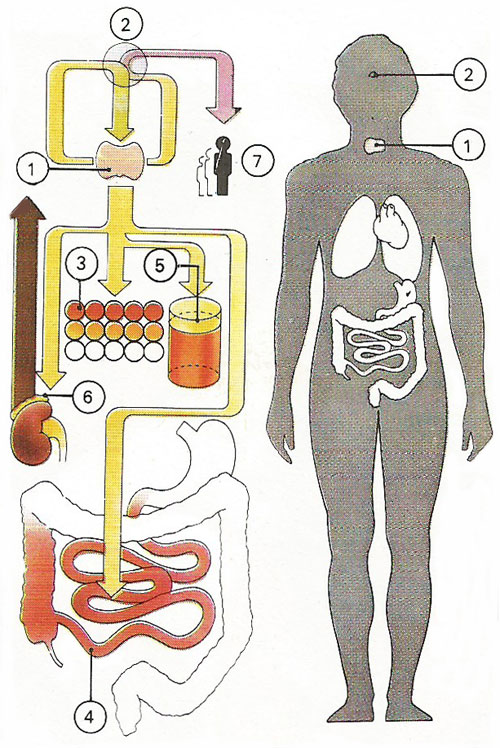 Fig 2. Principal hormone of the thyroid (1) is thyroxine, released under control of the pituitary gland (2). Rich in iodine, thyroxine stimulates energy production in the body cells (3). An overactive thyroid increases metabolic rate, producing rapid heartbeat, high blood pressure, and weight loss. Thyroid deficiency reduces resistance to the cold. Thyroxine also affects absorption of sugars by the intestine (4) and the blood-cholesterol level (5) In addition it has psychological effects – due perhaps to its influence on the adrenal medulla (6). In children thyroxine is vital to growth – partly due to its effect with the growth hormone (7). 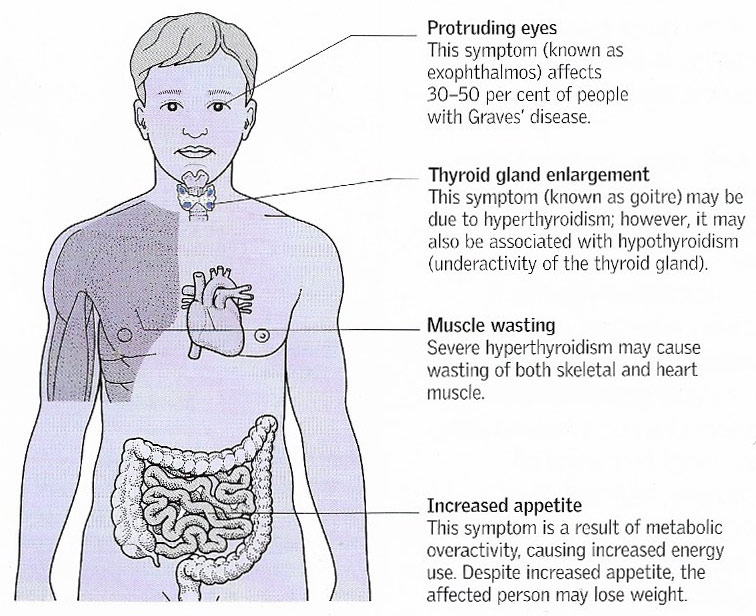 Fig 3. Hyperthyroidism (oversecretion of thyroid hormones) produces a range of symptoms associated with overactivity of the body's metabolism.

The thyroid gland is a large, highly vascular endocrine gland situated in the base of the neck. It helps to regulate the rate of all of the body's internal processes. The thyroid consists of two lobes, one on each side of the trachea, just below the larynx (voice box). The two lobes are connected by a narrow band of tissue called the isthmus.

Internally, the gland consists of follicles, which produce the hormone thyroxine (T3) (Fig 2) and its more active form triiodothyronine (T4). Both these hormones contain iodine and require it for their synthesis. About 95 percent of the active thyroid hormone is thyroxine, and most of the remaining 5 percent is triiodothyronine.

Thyroid hormone secretion is regulated by a negative feedback mechanism that involves the amount of circulating hormone, the hypothalamus, and the anterior pituitary gland (adenohypophysis).

If there is an iodine deficiency, the thyroid cannot make sufficient hormone. This stimulates the anterior pituitary to secrete thyroid-stimulating hormone (TSH), which causes the thyroid gland to increase in size in a vain attempt to produce more hormones. But it cannot produce more hormones because it lacks the necessary raw material, iodine. This type of thyroid enlargement is called simple goiter or iodine deficiency goiter.


Disorders of the thyroid gland

In rare cases, the thyroid gland is absent at birth, producing cretinism. However, congenital thyroid deficiency more often takes the form of underdevelopment or maldevelopment, in which there is some thyroid tissue but not enough to secrete normal amounts of hormones. A heel-prick blood test is performs on newborns to screen for hypothyroidism. Sometimes the thyroid develops in an abnormal position in the neck, causing, rarely, difficulty swallowing or breathing.

Rarely, genetic disorders may impair the thyroid's ability to make hormones. The low blood level of thyroid hormones results in greatly increased secretion by the pituitary gland of thyroid-stimulating hormone, which, in turn, causes the thyroid to enlarge.

Thyroid infection is uncommon; it leads to thyroiditis (inflammation of the thyroid gland). Viral infection can cause an extremely painful gland and temporary hyperthyroidism.

Thyroid tumors may be either cancerous or noncancerous. Thyroid adenomas are noncancerous tumors that may secrete thyroid hormone, sometimes in large enough amounts to cause hyperthyroidism. Thyroid cancers are relatively rare. They may be suspected if a single firm or hard lump can be felt in the gland.

Grave's disease is a form of thyroid overactivity thought to be due to the body's immune system producing antibodies that attack the thyroid gland. In Hashimoto's thyroiditis, antibodies damage glandular cells.

Deficiency of thyroid hormone, which may occur for a variety of reasons, causing a condition known as myxoedema, in which the skin becomes dry and thickened and facial features become coarse. Constipation, cold intolerance, and fatigue are other symptoms.

Hormonal changes during puberty or pregnancy may cause a degree of goitre temporarily. Hyperthyroidism due to excessive production of TSH by the pituitary gland is rare but it may result from a pituitary tumor.

Because iodine is necessary for the production of thyroid hormone, its deficiency may lead to goitre, but it is uncommon in developed countries. Severe iodine deficiency in children may cause myxoedema.

A group of blood tests used to evaluate the function of the thyroid gland and to diagnose under- or overactivity of the gland. Tests may include measurement of levels of the thyroid hormones T3 and T4, as well as thyroid-stimulating hormone.

Techniques, such as radionuclide scanning and ultrasound scanning, that are able to give information on the location, anatomy, and function of the thyroid gland and detect tumors.