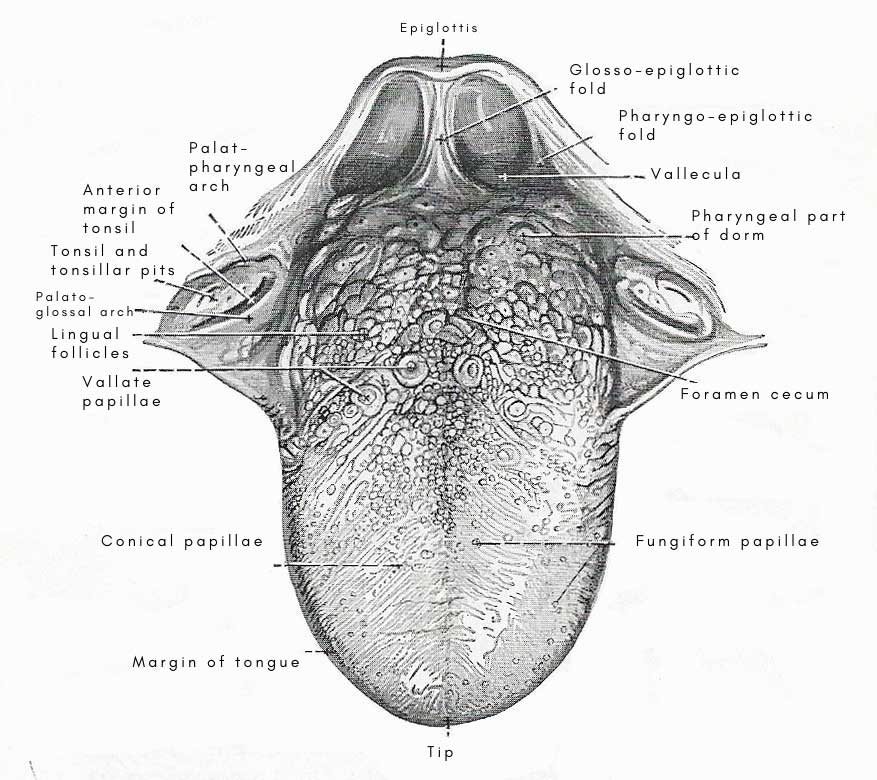 Fig 1. Tonsils and dorsum of the tongue. 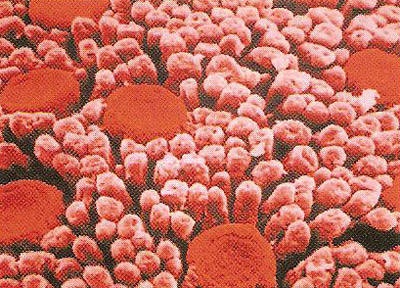 Fig 2. A microscopic view of the surface of the tongue. 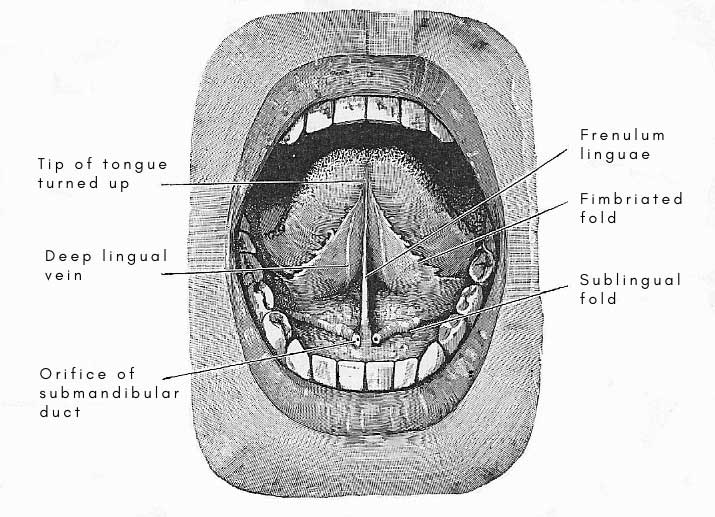 Fig 3. Lower surface of the tongue. 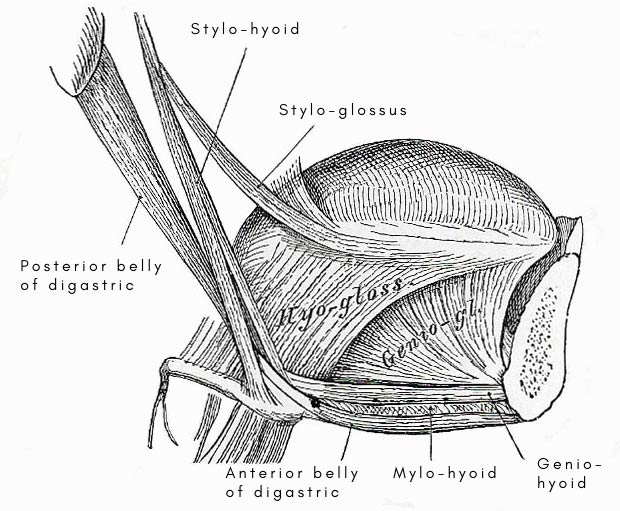 Fig 4. Extrinsic muscles of the tongue. 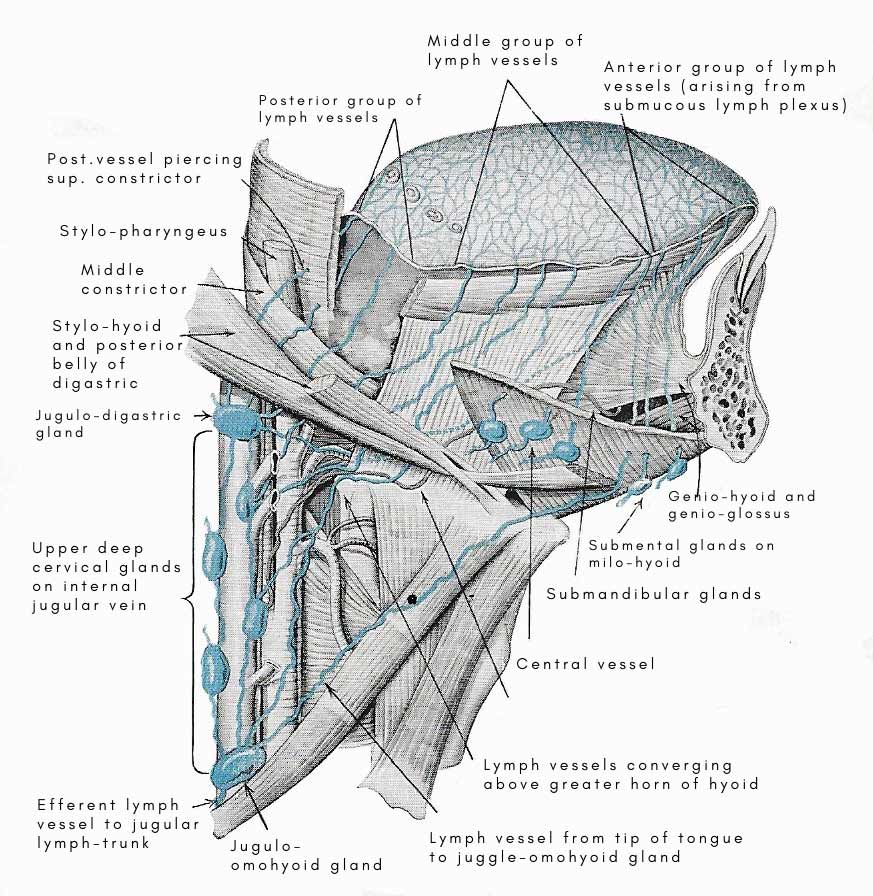 Fig 5. Course of lymph vessels of the tongue.

The tongue is a mobile, muscular organ on the floor of the mouth in most higher vertebrates that carries taste buds (see taste) and manipulates food. It may act as a tactile or prehensile organ in some species. In some advanced vertebrates, the tongue is used in the articulation of sounds, particularly in human speech.

The main anterior (front) portion of the tongue lies horizontally in the floor of the mouth; the back is curved round vertically and forms the anterior wall of part of the pharynx. The root of the tongue is embedded in the oral diaphragm; it is attached by various muscles to the hyoid bone and mandible, and to the soft palate by the arches of the latter.

On the dorsum, or upper surface, of the tongue (Fig 1) is a large number of tiny projections known as papillae (Fig 2). At the front of the tongue these papillae are quite small. Some of them are narrow and high and called filiform papillae. Others are wider and only a little raised from the surface; these are called fungiform papillae. Farther back, arranged in the form of a V pointing towards the throat, are 9 to 14 much larger papillae. These are the vallate or circumvallate papillae, and are so-called on account of the ridge of tissue which runs like a wall around the edge of each one. Also on the dorsum are the taste buds – receptors that are sensitive to certain chemicals. Each taste bud is a tiny flask containing about half a dozen sensory cells. As with the sense of smell, substances must be in solution before they can be tasted.

The tip of the tongue rests against the back of the upper teeth and the undersurface is attached to the floor of the mouth by the frenulum. The organ is mainly muscular, with right and left halves separated by a fibrous partition called the median groove or median sulcus; it has a mucus covering specialized for the sensation of taste.


Mucus membrane of the tongue

The mucus membrane is continuous with the general lining of the mouth and pharynx, but presents very different appearances on different areas of the tongue.

On the lower surface of the tongue, the mucus membrane is smooth and comparatively thin; in the median plane, it is raised to form the frenulum linguae. On each side of the median line, the deep lingual vein may be seen extending backward from the tip. To the lateral side of the vein is a delicate ridge of mucus membrane from the free border of which a row of fringe-like processes or fimbriae project. It is called the fimbriated fold. As it extends forward it inclines toward the median plane.

On the side of the tongue, immediately in front o the lingual attachment of the palato-glossal arch, five short vertical folds in the mucus membrane may be noticed. These are the folia linguae – the representatives of leaf-like folds of the mucus membrane which are much more highly developed in some animals (such as the rabbit) – and they are liberally furnished with microscopic taste-buds.

The mucus membrane of the pharyngeal part of the dorsum is smooth and glossy, but it is studded with low elevations produced by masses of lymph follicles embedded in the submucus tissue. In each elevation there is usually a small central pit. As the mucus membrane passes from the tongue to the epiglottis, it is raised into a small median glosso-epiglottic fold.

The mucus membrane of the palatine part of the dorsum is studded with papillae of different kinds. As these are individually visible to the naked eye, the mucus membrane presents a very characteristic roughened appearance. Further, a shallow median groove extends from the tip of the tongue to the foramen cecum, and divides the palatine part of the dorsum into halves.

The papillae are of three kids, and differ in size, shape, and in the position they occupy on the surface of the tongue. They are termed the vallate, the fungiform, and the filiform.

The vallate papillae, seven in twelve in number, are the largest, and are placed immediately in front of the sulcus terminalis. In form, a vallate pailla is a short cylinder. It is sunk in a pit, and is thus surrounded by a deep trench with taste-buds on both sides of it.

The fungiform papillae are much smaller but are much more numerous. They are the bright red spots seen on the tongue, chiefly on the tip and margins, but they are scattered, at irregular intervals, over the upper surface also. Each papilla is rounded and knob-like, and is greatly constricted at the point where it springs from the mucus surface; most of them possess taste-buds.

The filiform papillae are present in very large numbers. They are minute pointed projections that occupy the margins and the whole of the palatine part of the dorsum. They are arranged in closely set parallel rows. On the posterior part, the rows diverge from the median groove in an antero-lateral direction; towards the tip of the tongue the rows become more or less transverse and on the margins are arranged one above the other.


Muscles of the tongue

The tongue is composed amost entirely of muscular fibers, with some adipose, glandular, and fibrous tissue intermixed. It is divided into halves by a median fibrous septumm; and the muscles of eac half consist of an intrinsic and extrinsic group.


Septum of the tongue

The septum is a median fibrous partition. It is strongest posteriorly, where it is attached to the hyoid bone. It does not reach the dorsum of the tongue, being separated from the mucus membrane by the superior longitudinal muscle.


Glands of the tongue

Small mucus glands lie under the mucus membrane of the pharyngeal surface and at the tip and margins. Small serous glands lie near te vallate papillae and open into their trenches. The anterior lingual gland is really a group of serous and mucus glands. It is an oval mass about the size of a large pea. It lies in the lower part of the tongue near the median plane, not far from the tip, and is covered with the mucus membrane and a layer of muscle.


Nerves of the tongue

The nerves of the tongue are: (1) the glossopharyngeal (including taste-fibers), to the mucus membrane of the posterior third of the tongue; (2) the lingual (including taste-fibers from the chorda tympani), to the mucus membrane of the anterior two-thirds; (3) the hypoglossal, to the muscles; and (4) a few twigs from the internal laryngeal to the pharyngeal surface and the glossoepiglottic and pharyngoepiglottic folds.


Blood vessels of the tongue

The chief arteries are branches of the lingua:


Functions of the tongue

The tongue has three main functions. First, it carries on its surface the taste buds which send information to the brain about the nature of the food being eaten. It seems likely that the sensation of taste is not merely to make eating a pleasure, but also to act as a protective mechanism designed to cause the rejection of noxious (harmful) foods.

Secondly, the tongue plays an important part in the process of digestion. It enables the food to be moved about the mouth and to be placed in a position where it can most effectively be ground down by the molars. When the contents of the mouth are ready to be swallowed, the tongue forms them into a ball, or bolus, which is moved toward the pharynx at the beginning of swallowing.

Finally, the tongue is concerned in speech. By assuming different positions in the mouth it alters the shape of the air passage through which pass the sounds made by the vocal cords. For example, if in the middle of saying "a ... a ...ah" the tip of the tongue is placed behind the upper teeth the sound immediately changes to "l".

In the epithelium which lines the vallate and fungiform papillae are the organs of taste, or taste buds. Each taste bud is like a minute flask with its open neck towards the cavity of the mouth. When we eat, some of the soluble elements of the food come into contact with the taste buds and reach the gustatory cells inside. These cells send impulses which are picked up by the nerve filaments in the base of the bud and transmitted to the brain.