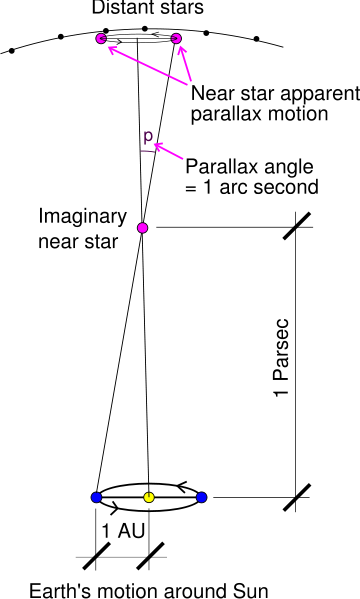 The angstrom (Å) is the CGS unit used to express optical, or near-optical, wavelengths. It is named after the Swedish physicist Anders Ångström. One angstrom is equal to 0.1 nm (nanometers), or 10-10 m.

A cubit is a measure of length used in the ancient world. It is approximately equal to the length of a person's forearm, i.e., the part of the arm from the elbow to the fingers. The Romans used a cubit equal to 17.4 modern inches; the Egyptians used one of 20.64 inches.

The fermi is a unit of length equal to 10-13 cm. One fermi is approximately the diameter of a proton.

The foot is an old Imperial and US Customary unit of length equal to one-third of a yard or 0.3048 meter. There are 12 inches to 1 foot.

A furlong is an Imperial unit of measurement, equal to 220 yards (about 210 meters). There are 8 furlongs to 1 mile. The word derives from a 'furrowlong'; it represented the standard length of a furrow on a square field of 10 acres in medieval times.

An inch is a unit of length in the US customary and Imperial systems. Since 1959 it has been defined exactly equal to 25.4 millimeters.

A micron is a unit of length in the CGS system, equal to one millionth of a meter. In SI units it is replaced by the micrometer (μm).

One billionth (10-9) of a meter. It used, for example, in the measurement of intermolecular distances and wavelengths. A sheet of paper is about 100,000 nanometers thick. The nanometer has superceded the angstrom as the accepted unit for such measurements.


History of the meter

It was originally intended that the meter ('meter' in European spelling) represent one ten millionth of the distance from the North Pole to the equator on the meridian passing through Paris. But the surveyors got their sums wrong and for 162 years (to 1960), the meter was defined as an arbitrary distance between two marks on a bar of platinum kept in Paris – the so-called "international prototype metre". From 1960 to 1983, the meter was defined as the length equal to 1,650,763.73 times the wavelength of radiation corresponding to the transition between the energy levels 2p10 and 5d5 of the krypton-86 atom

The mile is a measure of distance, the name of which is an abbreviation of the Latin mille passuum or 'one thousand paces.' Since the paces (one step with each foot) of the Roman army were supposed to be two steps, each 2.5 feet long, one thousand paces is very close to the length now called a statute mile – 5,280 feet. A nautical mile was developed to be a distance equal to one minute of arc (1/60 of a degree) distance along a great circle and is equal to 6,076 feet. 1 mile = 1.609 kilometers.

The parsec (pc) is an astronomical unit of length, equal to the distance at which the radius of Earth's orbit subtends an angle of one arcsecond (see Figure 1). The name is a contraction of "parallax-second."

The parsec is generally used by astronomers in preference to the light-year. For larger distances, the kiloparsec (kpc) = 1,000 pc or megaparsec (Mpc) = 1,000,000 pc are used.

It is a popular misconception that light-year and parsec are units of time. For example, in the Star Wars movie Episode IV: A New Hope, Han Solo says to Obi-Wan: "You've never heard of the Millennium Falcon?... It's the ship that made the Kessel Run in less than twelve parsecs."

The foot is an old Imperial and US Customary unit of length equal to one-third of a yard or 0.3048 meter. There are 12 inches to 1 foot.

The yard is a unit of distance equal to 3 feet (36 inches) or 0.9144 meters. The name originates with the old German word gazdaz for a staff or stick, which could be used for measurement. This changed to gierd in old English and eventually to yard. The yard-arm of a sailing ship – a tapered spar used to support a square sail – harkens back to the earlier meaning. In France, the equivalent of the yard measure is called a "verge," from the Latin virga for a stick or rod.