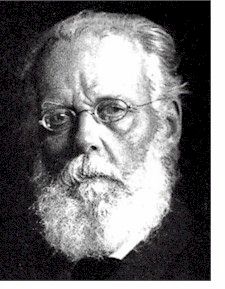 August Weismann was a German biologist regarded as the father of modern genetics. In 1886, put forward the notion of the "continuity of the germ plasm." His experiments, which involved cutting off the tails of mice for generation after generation, disposed of Lamarck's hypothesis that acquired characteristics could be inherited. (Although, as Isaac Asimov has pointed out, he could have saved himself the trouble by considering that after many generations of circumcision, Jewish males display no reduction in their foreskin at birth.) Weismann proposed instead that the reproductive cells of an organism pass on their contents to the succeeding generation, unaltered by any changes that may have taken place to the rest of the body, a tenet that has become fundamental to neo-Darwinism.