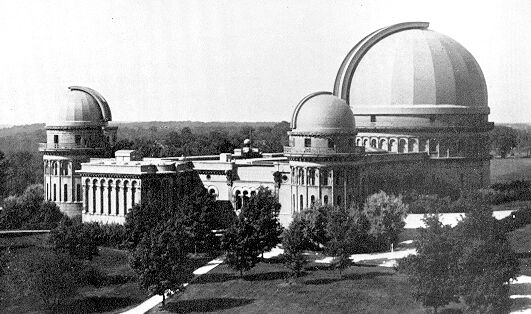 The Yerkes Observatory is the University of Chicago's observatory at Williams Bay, Wisconsin, on the shores of Lake Geneva. It is home to the world's largest refractor, with an aperture of 40 in (1.02 m), opened in 1897, which is still used for research including adaptive optics studies. Other instruments include a 41-in reflector, opened in 1967, and a 24-in Boller & Chivens reflector. The observatory was funded in 1892 by the businessman Charles Tyson Yerkes (1837–1905) and founded in 1897 by George Ellery Hale.