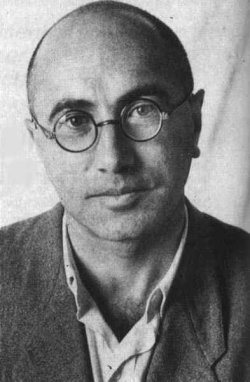 Yakov Zel'dovich was a Russian physicist and astrophysicist best known for his work on shock waves and gas dynamics. Having playing a significant role in the development of Soviet nuclear and thermonuclear weapons, he turned in the 1950s to the theory of elementary particles, and in the 1960s to astrophysics and cosmology. He worked on the dynamics of neutron emission during the formation of black holes, the formation of galaxies and clusters, and the large scale structure of the universe. With Rashid Sunyaev he proposed what is known as the Sunyaev-Zel'dovich effect, an important method for determining the Hubble constant from the effect of gas in galaxy clusters on the microwave background radiation. Zel'dovich was also a leader in attempts to relate particle physics to cosmology and to develop a quantum theory of gravity. From age 17 he worked at the Institute of Chemical Physics of the Academy of Sciences of the USSR in Leningrad (later in Moscow), where he essentially educated himself. In his later years he was also a professor at Moscow State University and head of the division of relativistic astrophysics at the Sternberg Astronomical Institute.