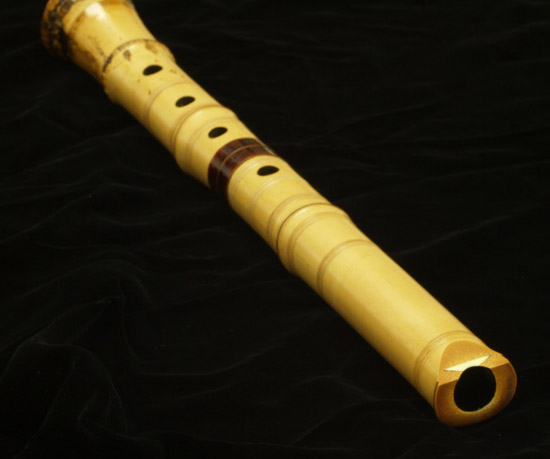 Cut a clean end to a length of bamboo, reed, or other tube, place it near the mouth and direct a narrow stream of breath at its edge, and with a little practice, a pitch note can be produced. Blow a little harder and that note will jump to a series of ascending harmonics. It is not even necessary to mouth-blow – the corrugated plastic whirly-tubes sold as toys are whirled through the air to produce a harmonic series, ascending through five notes the faster the tube is whirled.

If the tube is closed at the non-blown end, the note produced will be an octave lower than it will if the end is open. Panpipes are a series of closed-ended tubes arranged to make a scale. Each creates a single note or, if blown harder, an additional – sometimes usable – higher harmonic.

End-blown flutes with finger holes can be found all over the world and go under many names, including the Middle East ney and in parts of Eastern Europe kaval, but apart from their length, material of construction, and number and arrangement of finger holes they differ little from one another. Regions that grow suitably robust tubular plants, such as bamboo or reed cane, have a head tart in flute-making and playing, and their musicians have highly developed flute skills on instruments that are still made from the original plant tubes.