FROM GLASSES TO GASES: The Science of Matter - 3. Liquids with Skins 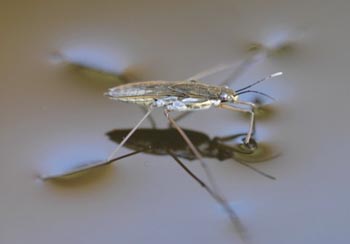 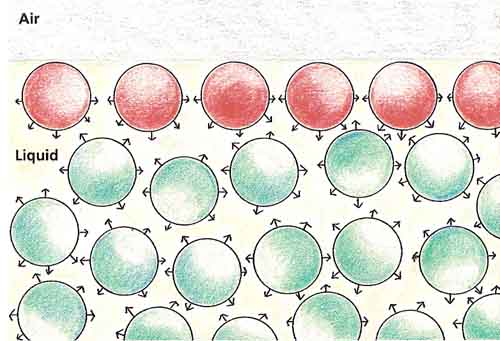 Figure 2. Molecules at a liquid's surface. 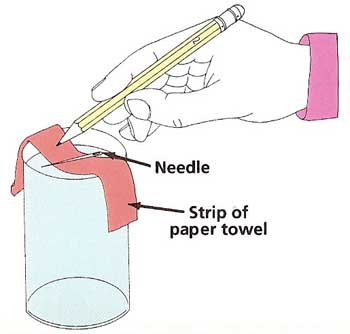 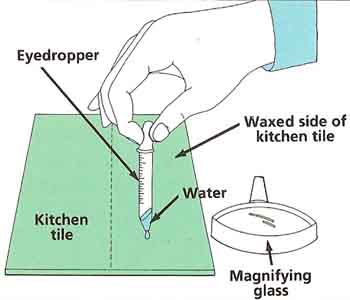 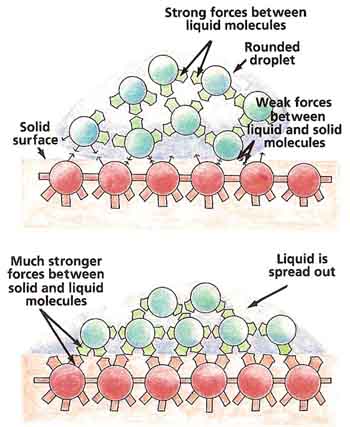 Figure 5. The stronger the force between a liquid and a solid surface, the more the liquid spreads out. 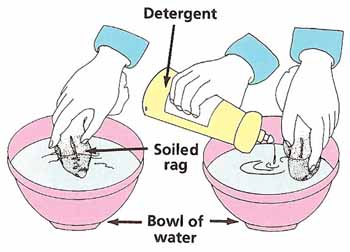 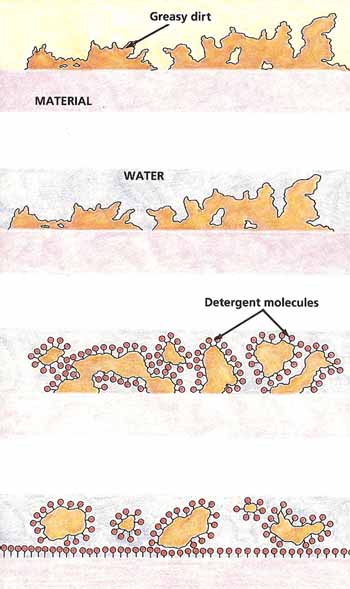 Figure 7. Soap molecules have two "ends"; one end is attracted by water and the other is repelled by it.

Visit a pond in the summer and you are likely to see pond skaters dashing about over the surface (see Figure 1). These little creatures depend for their lives on being able to stand up on and run across water. Even though the pond skater is very light, you might expect that its feet would sink into the water. But water behaves as if it has a tight elastic skin. The pond skater's legs press a little way into this skin, but don't break through. Instead the skin bends for them.

The property of liquids that makes them seem to have a skin is known as SURFACE TENSION.

The molecules of a liquid are always trying to pull one another together. In the middle of a liquid, a molecule is pulled equally hard from all directions, so the attractive forces cancel out. But a molecules on the surface is only pulled downward. This downward tug draws the surface of the liquid tightly together, so it appears to have a skin (see Figure 2).

Water molecules attract one another quite strongly, so water has a fairly strong skin. That is, it has a high surface tension. The molecules of some other liquids, such as alcohol, pull less hard on one another, so the liquid's skin is weaker.

Liquid molecules are not only attracted to one another, but they may also be attracted to the molecules of solid surfaces with which they come into contact. This explains why raindrops stick to windows (see Figure 5).

If the liquid molecules are pulled more strongly by the solid surface than they are by one another, the liquid will tend to spread out. On the other hand, if the liquid molecules are drawn more strongly to one another than to the solid surface, the liquid will gather itself into small, round droplets. Water forms droplets on wax because the pull between one water molecule and another is much greater than the pull between a water molecule and a wax molecule.

After a long summer day, you probably feel like taking a shower. But water on its own does not do a very good job of removing the grease and dirt that stick to your skin. To get clean, you need to rub on soap as you wash. But how does soap work?

Soap weakens the surface tension of water. This lets the water spread out and actually touch the surface it is contact with.

On its own, water would not be enough, because the natural oils on your skin, which trap dirt, will not dissolve in water. Fortunately, soap molecules have a special structure. One end of them is attracted by water, the other is repelled by it. What happens is that the water-repelled ends of soap molecules stick to your skin and to any greasy dirt that is on it. The water-attracted ends are turned toward the water. The result is that the soap molecules lift and surround the grease so that it can be easily washed away (see Figure 7).

The detergents used for washing dishes work in the same way. They have been developed by scientists to have even better lathering and cleaning properties than ordinary soap.

The Science of Matter 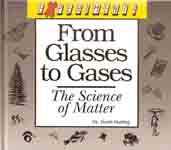