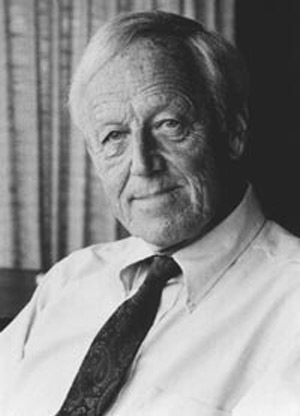 Hannes Alfvén was a Swedish theoretical physicist known for his pioneering research in the field of magnetohydrodynamics for which he shared the 1970 Nobel Prize in Physics with the Frenchman Louis Néel. In the 1930s, Alfvén suggested that sunspots are the result of the Sun's magnetic field becoming temporarily "frozen" into the solar plasma. In 1942 he proposed that waves, now known as Alfvén waves, can travel through a plasma under conditions similar to those in the solar atmosphere. His ideas have been applied both in stellar astrophysics and to experimental fusion reactors.

Alfvén was educated at received his PhD from the University of Uppsala in 1934. He worked in Sweden until 1967, when he moved to California.