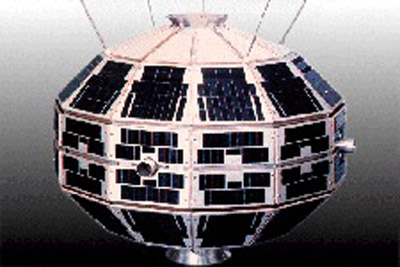 Alouette is the name of two Canadian satellites designed to observe Earth's ionosphere and magnetosphere. "Alouette" is French for "lark".

With the launch of Alouette 1, Canada became the third nation to have a satellite placed in Earth orbit, after the Soviet Union and the United States. Alouette 2 took part in a double launch with Explorer 31 and was placed in a similar orbit so that results from the two could be correlated. Alouette 2 was also the first mission in the ISIS (International Satellites for Ionospheric Studies) program conducted jointly by NASA and the Canadian Defense Research Board. Both Alouettes had a mass of 145 kg and were launched by Thor-Agena B rockets from Vandenberg Air Force Base.