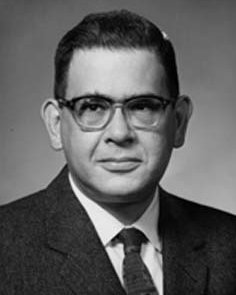 Ralph Alpher was an American physicist best known for his theoretical work on the origin and early evolution of the Universe. In 1948, together with Hans Bethe and George Gamow, he suggested how the abundances of chemical elements could be explained as a result of thermonuclear processes immediately after the Big Bang. This work became known as the "alpha, beta, gamma" theory. As further developed in collaborations with Robert Herman (1914–1997) and others, this concept of cosmic nucleosynthesis became an integral part of the standard Big Bang model. It also led to a prediction of the cosmic microwave background.