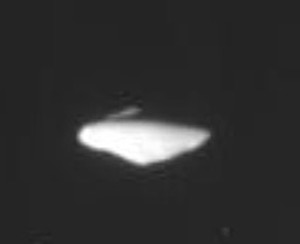 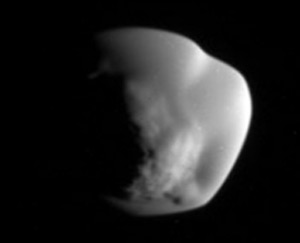 Atlas is one of the innermost moons of Saturn. It was discovered by Richard Terrile in 1980 from Voyager 1 photos and is also known as Saturn XV.

Images taken by the Cassini spacecraft have shown that Atlas has very prominent equatorial ridge, which makes the moon saucer-shaped. The most likely cause of this structure is ring material that has been swept up by the moon as it travels around its orbit.

The star Atlas, or 27 Tauri, is the second brightest star in the Pleiades, with a visual magnitude of 3.63, is also known as Atlas.


The Atlas rocket is an important launch vehicle in America's space program.