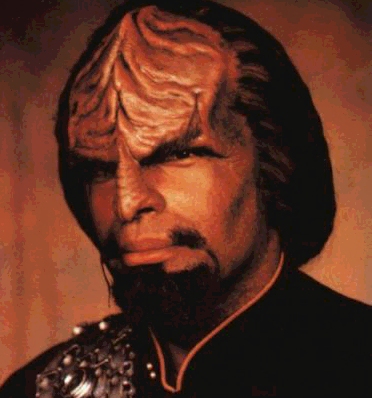 A review of science fiction from Lucian to Star Trek exposes our bias toward anthropomorphism when speculating what forms extraterrestrial intelligence might take. Yet the great diversity of creatures on Earth, sharing as it does a common biochemical heritage, suggests there will be even greater differences between terrestrial life-forms and any organisms that have developed on other worlds. The chances of meeting anything like a Vulcan (see blood, of extraterrestrials) or a Klingon, for instance, must be incredibly remote. As Loren Eiseley put it1:

Nowhere in all space or on a thousand worlds will there be men to share our loneliness. There may be wisdom; there may be power; somewhere across space great instruments, handled by strange, manipulative organs, may stare vainly at our floating cloud wrack, their owners yearning as we yearn. Nevertheless, in the nature of life and in the principles of evolution we have had our answer. Of men elsewhere, and beyond, there will be none forever.

The particular species which develop on a habitable world are shaped not only by the action of universal physical, chemical, and biological laws but also by chance. Accidents of time and place, including occasional, random impacts with comets and asteroids, alter the course of a planet's biological evolution in ways that are unpredictable and non-repeatable (see cosmic collisions, biological effects). Consequently, even an exact duplicate of the young Earth would not give rise to the same collection of flora and fauna we see around us today. Even more unfamiliar would be the life forms which emerged on a world that differed (perhaps only slightly) in its gravity, atmospheric constitution, rotation period, size of orbit, or type of host star.

At the same time, certain biological features might recur routinely from one inhabited world to the next. Structures such as eyes, legs, and wings are so eminently useful, and have evolved independently in so many different guises on Earth (see convergent evolution) that we might expect to see numerous intriguing variations of them across the Galaxy.

The presumption that intelligent life on other worlds will be approximately human seems, at first sight, to point to a failure of imagination, not to mention a poor understanding of evolutionary theory. Yet fantastic, unearthly creatures have populated our legends since ancient times. It is not that we or our predecessors lacked the capacity to envisage alternative life-forms. Rather, our tendency to populate the cosmos with human-like beings has, at least over the past few centuries, had religious roots. God, according to the Bible, made man in His own image. Therefore, it has been argued, if God put intelligent, moral beings on other worlds these creatures would have to be like us, since God is unique.

More recently, both scientists and science fiction writers have broken away from the anthropomorphic paradigm and speculated freely on the ways in which intelligence elsewhere might be encapsulated. Yet, in the portrayal of aliens in film and on television, there is the obvious restriction, even allowing for sophisticated makeup techniques, of having to use human actors. Indeed to account for the embarrassing preponderance of minor human variants in the Star Trek universe, including Earthlings, Klingons, Romulans, and Ferengi, it was explained in one episode of The Next Generation, "The Chase," that a long-dead humanoid race had tampered with the genetic make-up of life on widely scattered planets in the Galaxy so as to give rise to beings that resembled the ancient prototype. Not only was this a neat way to cover up the limitations of facial latex, but it also offered a new slant on the concept of directed panspermia. To some extent, modern film-makers have been given more liberty to indulge their imaginations thanks to electronically-controlled models and computer animation. Nevertheless, the general effect of extraterrestrial depictions in movies (which influence far more people than do science fiction novels) has been to instill in the public's mind the idea of a universe awash with creatures not unlike ourselves.

Having said this, there are some scientists who, arguing on evolutionary grounds, have come full circle back to the belief that extraterrestrial intelligence will tend to be anthropomorphic. Frank Drake, for example, has argued2 that:

There are reasons why we are bipedal, why our head is on top, why we have two eyes and why they have to be in the head and close to the brain, and why the mouth has to be close to the eyes... We don't need five fingers but we do need fingers. We don't need a nose but we do need the mouth and eyes and ears. There would be enough similarities so that if you saw [an intelligent extraterrestrial] in the twilight you would think it is a person.