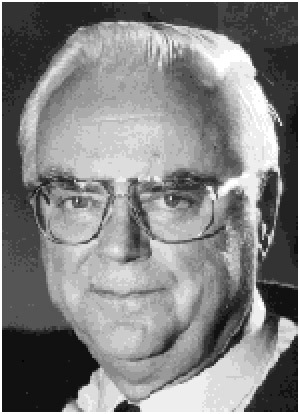 Frank Drake is an American radio astronomer, Professor of Astronomy and Astrophysics at the University of California, Santa Cruz, and SETI pioneer. In 1960, at the National Radio Astronomy Observatory at Green Bank, he conducted Project Ozma, the first systematic search for intelligent signals originating outside the solar system. He devised the Drake equation, was involved in sending the Arecibo Message (see Drake's cryptogram), and, in collaboration with Carl Sagan, engaged in the first systematic US attempt to detect Type II Kardashev civilizations using the Arecibo radio telescope. Also with Sagan and others, he was instrumental in persuading NASA to affix the Pioneer plaque and the Voyager record to the first deep space probes. He has speculated about the nature of extraterrestrial life and intelligence (see extraterrestrial life, variety), including the possibility that life could exist on a neutron star (see neutron star, life).

Drake received his BS in physics from Cornell University (1952) and, after serving in the US Navy, his PhD in astronomy from Harvard. For the next five years he worked at Green Bank then, after a year as chief of the Lunar and Planetary Sciences Section at the Jet Propulsion Laboratory, he joined the faculty of Cornell (1964), where he was professor and Director of the National Atmospheric and Ionospheric Center (which includes the Arecibo telescope). In 1984, he became Dean of Natural Sciences at UC, Santa Cruz. Drake has presided over the International Astronomical Union's Commission of Bio-astronomy and chaired the SETI Advisory Committee of NASA's Office of Aeronautics and Space Technology. He was the first chairman of the SETI Institute Board of Trustees and was succeeded in this position by Greg Papadopoulos in May 2003. Drake is also President of the Astronomical Society of the Pacific. Among his non-technical published work are Intelligent Life in Space1 (1962) and, with Dava Sobel, the autobiographical Is Anyone Out There?2(1993).