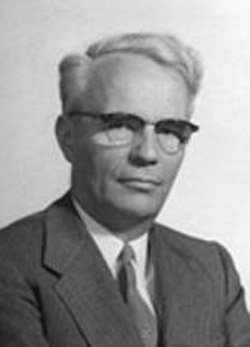 Ira Bowen was an American astronomer who first explained the spectral lines seen in nebulae. His investigation of the ultraviolet spectra of highly ionized atoms led to his identification, in 1927, of the mysterious "nebulium" spectral lines of gaseous nebulae as forbidden lines of ionized oxygen and nitrogen. As director of the Mount Wilson Observatory from 1946 to 1948 and of the combined Mount Wilson and Palomar Observatories from 1948 to 1964, he directed the completion of the Hale Telescope and the 48-inch Schmidt telescope and designed many of their instruments, including a novel spectrograph.