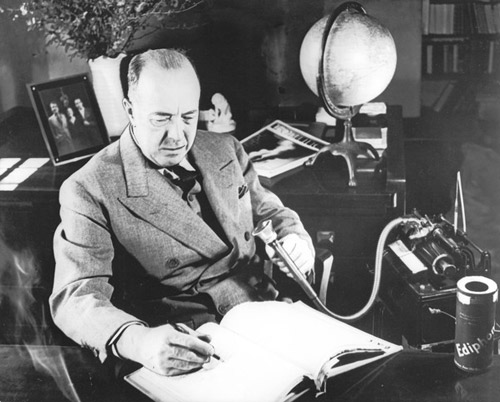 Edgar Rice Burroughs was an American popular fiction writer, best remembered as the creator of Tarzan of the Apes (1914), a series which eventually ran to 25 books and 25,000,000 copies worldwide. Burroughs' first published piece "Under the Moon of Mars," first appeared in the adventure magazine All-Story (1911), and led to him writing a series of adventure stories set on Mars (known to its natives as "Barsoom"). Published between 1917 and 1948, these ten novels, among the best of which were A Princess of Mars (1917), The Chessmen of Mars (1922), and Swords of Mars (1936), saw hero John Carter encountering a variety of alien-looking but human-acting creatures on a world extrapolated from the Mars of Percival Lowell. In A Princess of Mars, Burroughs used Schiaparelli's names for regions on Mars and gave his Martians green skin.


Although lightweight in content and superficial in their portrayal of alien life and intelligence, Burroughs' Mars novels nevertheless had a lasting effect on those who read them in their formative years, including, by their own acknowledgment, Ronald Bracewell, Ray Bradbury, Arthur C. Clarke, and Carl Sagan. Moreover, they helped entrench the popular notion, especially in the United States, that Mars was still a place of mystery and, possibly, the abode of beings more advanced than ourselves. It was, after all, during the time when Burroughs wrote his Martian adventures that the War of the Worlds radio play triggered such mass panic across America.

During World War II, Burroughs worked for the Los Angeles Times as the oldest war correspondent covering the Pacific Theater.