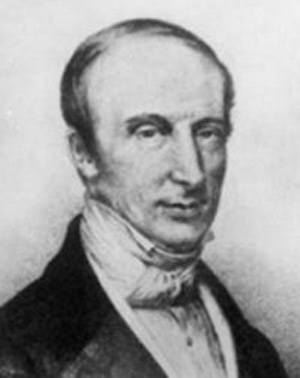 Augustin Cauchy was a French mathematician who founded complex analysis, by discovering the Cauchy-Riemann equations, and wrote 789 papers – an output surpassed only by Leonhard Euler, Arthur Cayley, and Paul Erdös. He coined the name for the determinant and systematized its study and gave nearly modern definitions of limit, continuity, and convergence. In fact, altogether 16 concepts and theorems are named after him – more than any other mathematician.

As a child, Cauchy spent time around a number of eminent scientists and mathematicians. His aristocratic family were at one time neighbors of Simon Laplace and Claude Berthollet, and his father knew Joseph Lagrange. After being home schooled, Cauchy entered the École Centrale du Panthéon where he finished his classical studies with distinction. When he was 16, he was admitted to the École Polytechnique, and two years later entered the École des Ponts et Chaussées after which he become an engineer for a while.

It was not until 1811 when Lagrange posed a difficult mathematical problem to Cauchy that he began his career in the subject that made him famous. The problem was to figure out whether the angles of a convex polyhedron are determined by its faces. His solution is now considered to be a classic of mathematics. Over a period of fifteen years, 1815–1830, Cauchy's name grew with distinction as he was appointed adjoint professor and full professor at École Polytechnique, and chairs at the Faculté des Sciences and the Collège de France.