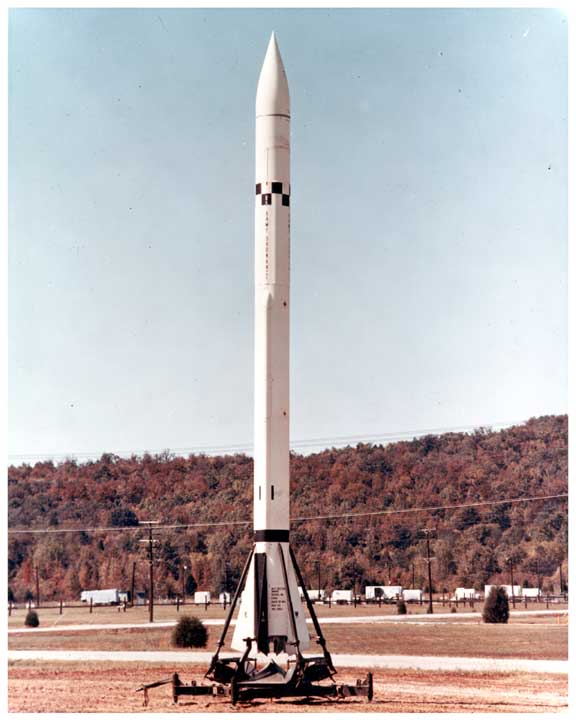 Corporal was the first American surface-to-surface missile to approach the capability of the German V-2, the first operational guided missile of the US Army, and the first US guided missile system to be approved for nuclear armament. The liquid-fueled Corporal and the Private stemmed from Project ORDCIT – a long-range missile program begun by the California Institute of Technology's rocket laboratory at the request of Army Ordnance in 1944.

The development began with the Private-A and Private-F, and continued with the WAC Corporal and Corporal-E, before becoming a separate weapons development program. The main contractor for Corporal was the Jet Propulsion Laboratory (JPL); however, the contract for the production of the operational missiles went to Firestone in 1951, after missile design had been frozen. The first flight took place in August 1952, and in April 1954 the first Army units began training with the missile, which was designated as Guided Missile XM2 in service.

During the 1950s, both Type I and II Corporals were developed and deployed on mobile launchers by the United States Army in Europe. They remained active until the mid-1960s when they were superceded by the Sergeant.