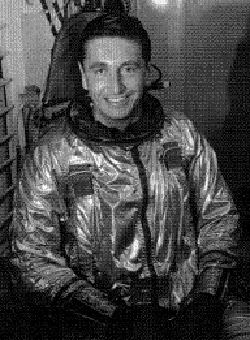 Albert Crossfield was a test pilot of the early X-planes and the first human to fly at twice the speed of sound. Crossfield learned to fly with the Navy during World War II and became an aeronautical research pilot with NACA (National Advisory Committee for Aeronautics) in 1950, flying the X-1 as well as the Douglas Skyrocket (D558-II) and other experimental jets. He was the chief engineering test pilot for North American Aviation (1955–61). In 1953, he achieved Mach 2 in a Skyrocket, and on the first powered flight of the X-15 in 1959 reached Mach 2.11 and an altitude of 15,953 m. Crossfield died in a plane crash in 2006.