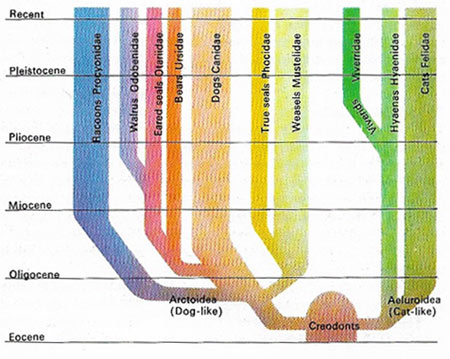 Fig 1. Flesh-eating mammals were among the earliest of placental mammals to appear. Primitive carnivores (creodonts) lived alongside the last of the dinosaurs. Early in the Tertiary, during the Eocene, cat-like and dog-like forms evolved from and replaced the creodonts. All modern members of the order Carnivora are descended from these two groups. The bear and raccoon families are the least specialized for flesh-eating. 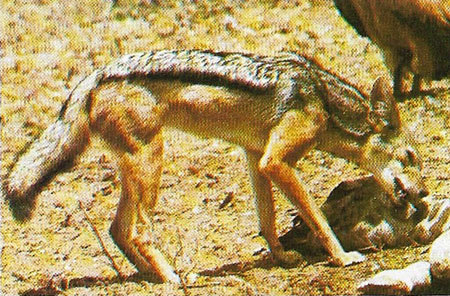 Fig 2. The jackal feeds in typical carnivore fashion, using the large, slicing carnassial teeth at the back of its mouth to cut the meat into chunks small enough to swallow. Most carnivores have toes connected with a web of skin that endows flexibility yet gives enough strength for digging. Carnivores sometimes dig for their prey; at other times they excavate or enlarge a hole for den. The jackal lives in family groups but many canids travel in larger groups. As a result the task of hunting becomes less onerous for each individual and the prey is shared by the pack. 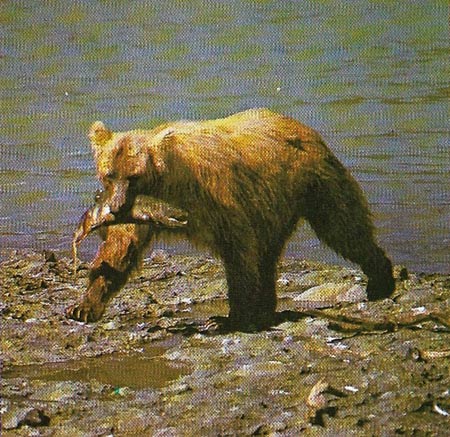 Fig 3. The brown bear (Ursus arctos) is found in Europe, North America, and Asia. Many forms have developed, differing widely in color and size. An island race, the Kodiak bears fro northern Canada may weigh up to 725 kg (1,600 lb.) and are the largest land carnivores. Bears will eat almost anything, including fish, carrion, plant food, and even honey when they can get it. They doze throughout the winter months but do not hibernate fully. 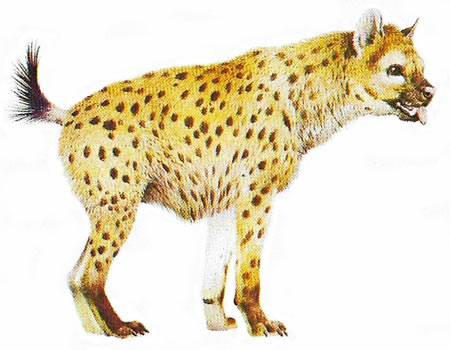 Fig 4. The spotted hyena lives in the savannas of Africa. It feeds as a scavenger, taking the remains of a lion's kill, but it is also an efficient hunter and competes with lions. its powerful jaws can crush bones that even a lion could not crack. 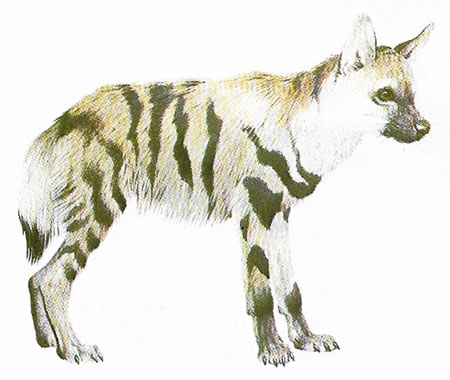 Fig 5. The aardwolf of the savannas of southern and eastern Africa, is related to the hyenas but lacks their strong jaws and teeth and feeds almost exclusively on termites and insect larvae, varying its diet with mice and eggs of ground-nesting birds. It may gain protection by mimicking the striped-coat coloring of the hyena.

Fig 6. A unique relative of the seal, the walrus, is assigned a family of its own. It feeds on mollusks which it rakes up from the sea-bed with its large tusks. A large male (a bull) may be more than 3 m (7 ft) long and weigh a ton. The tusks may reach 1 m (39 in) in length.

Fig 7. The bearded seal (Erignathus barbatus) is a maritime carnivore that lives in small groups in Arctic waters. Like all seals it has a streamlined body that is heavily insulated with fat beneath the skin. 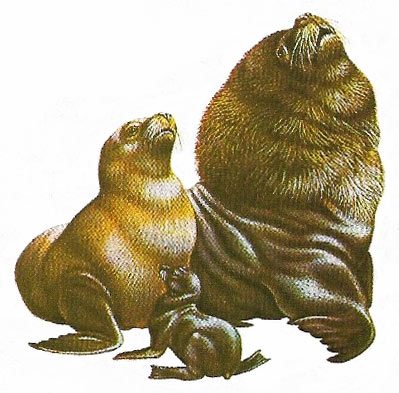 Fig 8. South African sea lions (Otaria byronia) breed in large, widely distributed colonies. One bull guards a harem of up to nine females and may be very aggressive.

A carnivore is any animal that feeds exclusively on other animals. Carnivores are found among mammals, reptiles, birds, fish, and insects and other invertebrates. Carnivores are essentially of two types: trappers, that lie in wait for prey, and hunters, that actively hunt for prey. Mammalian carnivores belong to the order Carnivora, described below.

Carnivora is an order of the mammals (class Mammalia) that includes the seals, raccoons, bears, wolves, badgers, lions, tigers, and pandas (Fig 9). All, except the pandas, are meat-eaters and have large canine teeth, pointed cheek teeth, and claws on all the toes.

Most Carnivora hunt their prey, sometimes in organized packs. Mustelids – weasels, martins, minks, and the wolverine – make up the largest family. The cats are the most specialized killers among the carnivores; dogs, bears, and raccoons are much less exclusively meat-eaters; and civets (Fig 10), mongooses (Fig 11), and their relatives also have a mixed diet. Related to the civets, but in a separate family are the hyenas, large dog-like scavengers. The panda and kinkajou are Carnivora that eat mostly plants. More distantly related to living land members of Carnivora are the seals, sea lions, and walruses; they evolved from ancient land forms who gave rise to early weasel- and civet-like animals.

The Carnivora are native to almost all parts of the world except Australia, New Zealand, and many Pacific islands, while the seal group has members widely distributed on the shores of temperate and polar seas.

Successful carnivores are well equipped for preying on other animals and all are built on a relatively primitive plan, with a long, fairly flexible and body and tail. The terrestrial species have well-developed and often long legs. Among the dogs are several long-distance runners, and among cats is the cheetah, the world's fastest sprinter. Even the short-legged carnivores can move rapidly over short distances. The proportion of the head differ in the various groups of flesh-eaters, but certain features are common to all of them. Most have well-developed canine teeth with which they hold their prey, comparatively small incisors (cutting teeth) and two pairs of molars or carnassial teeth adapted to flesh-eating needs. The carnassials have special cutting edges that act like scissor blades.

Carnivores have fairly good eyesight; in many the eyes are sufficiently far down the face to give some degree of stereoscopic vision and this helps them to judge distances when pouncing on prey. Their sense of smell is usually well developed and their sense of hearing is acute. Most carnivores are intelligent animals – this is because they must be versatile opportunists if they are not to be outwitted by their prey.

Most carnivores are solitary creatures, although the young often depend on their mothers – or occasionally both parents – for a long time after birth. Two exceptions are the dogs, which usually live and work in packs, and lions which form prides of males, females, and juveniles. Lions may also hunt singly or in pairs. Another 'great cat', the tiger, is a lone hunter living in jungle – unlike the lion, which lives in open grassland. Most of the big cats gorge their kill in one meal and follow this with a drink and a long period of rest, usually in a shady spot.

In the colder parts of the world, members of the weasel family have occupied many niches. Some are found in water (the otters), some in trees (the martens), and others (weasels and stoats) are small enough to follow their prey into underground burrows. The badgers dig vast underground tunnel systems from which they emerge at night to forage. No carnivore, however, has become completely adapted to a subterranean way of life. In the tropical Old World, mongooses, genets, and their relatives hunt mostly small, ground-living prey, although there are some that eat insects or fruit. In the New World and parts of the Old, mongooses have their counterparts in the raccoon group, which embraces a wide range of animals including fruit-eaters. The marine carnivores, the seals, sea lions, and walruses, feed mainly on fish and mollusks.

Because of their way of life, the seals have evolved a highly streamlined form. They have, unlike the whales, retained their body fur but like them have a thick layer of insulating blubber beneath their skin (Fig 6–8). The seals are skilful swimmers; their limbs are modified into flippers, the forelimbs being used for propulsion in the eared seals and walrus and the hind limbs in the true seals. On land, seals are clumsy creatures, although the eared seals can turn their hind limbs forward, which enables them to walk and even run. The true seals cannot do this and, as a result, have to drag themselves by their flippers.

Seals come ashore to breed and at this time they are highly gregarious, although the males are also intensely competitive. Breeding colonies of seals can contain up to a million animals in an area of only 50 km2 (19 sq mi).