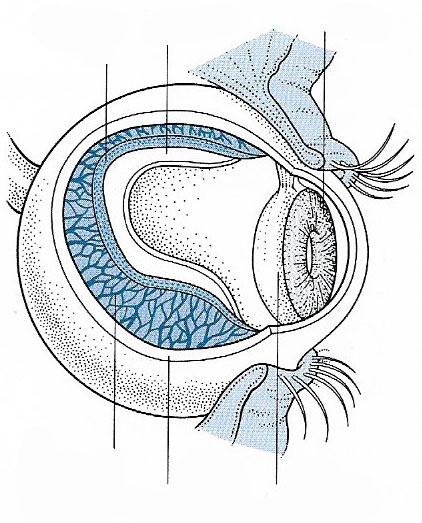 Fig 1. The choroid lines the inside of the eyeball. It thickens around the lens to form the ciliary body. Muscles stretching between the choroid and the lens contract to adjust the shapeof the lens in focusing. 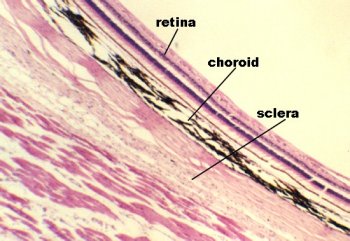 The choroid is a layer in the vertebrate eye, which lies immediately outside the retina, between the retina and the sclera. The choroid contains blood vessels, which carry nourishment to the outer layers of the retina, and pigment. The choroid connects with the ciliary body toward the front of the eye and is attached to edges of the optic nerve at the back of the eye.

In primates, including humans, dark-colored melanin in the choroid helps restrict the amount of internal reflection in the eye, which might otherwise result in the perception of multiple, confusing images. Poor vision in albinos stems from a lack of this pigmentation. By contrast, the choroid of many other animals contains reflective materials that help to collect light in dim situations.

The "red eye" seen on photos, especially those taken with a flash, is caused by reflection of light by the choroid. The redness is due to the choroid's numerous blood vessels.