Fig 1. To locate your blind spot, close your left eye and stare at the cross in this picture with your right eye. Adjust the distance of your head from the computer screen until the spot disappears. The image is now falling on the blind spot of your eye and is therefore invisible to you. 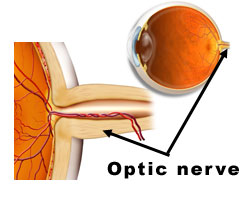 Fig 2. Superficial dissection of the back of the neck.

Each optic nerve carries fibers from the nerve cells of the retina and leaves the back of the orbit as the stalk of the eyeball through the optic foramen to enter the middle cranial fossa (Fig 2). The two optic nerves form an X-shaped crossing, called the optic chiasm, under the frontal lobes, in front of the pituitary stalk, the hind limbs of the X being the optic tracts. The effect of this is that fibers from the outer half of each retina remain in the optic tract of the same side, while those from the inner halves cross into the opposite tract. Thus the right tract carries all the fibers from the right halves of both retinas, and, therefore, all the sensation from the left half of the visual field, and vice versa for the left tract. This separation is essential to maintain one-sided representation of function in each half of the brain. The eye is a one-sided organ, but sees on both sides of the body, and what is needed for coordination is that each side of the visual field should be represented as such in the cortex of the cerebrum. The impulses are relayed to the visual area of the occipital cortex, and are connected with the nucleus of the third nerve (the oculomotor nerve), which controls eye movements.