orbit (of the eye) 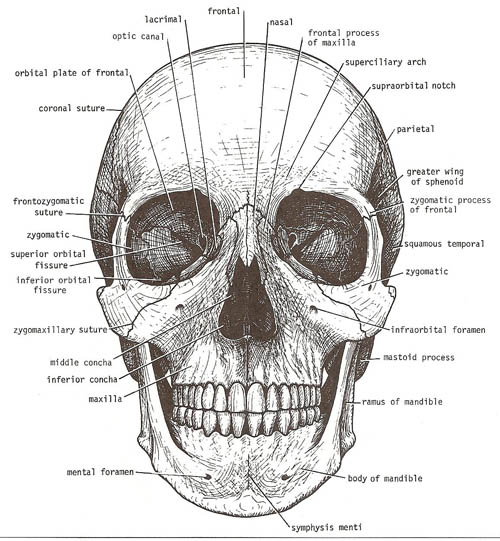 The orbit is the socket in the skull that contains the eyeball (see eye), protective pads of fat, and various blood vessels, muscles, and nerves. An opening in the back of the orbit allows the optic nerve to pass from the eyeball into the brain.


Openings into the orbital cavity

On the lateral wall are two small openings for the zygomaticotemporal and zygomaticofacial nerves.

On the medial wall along the upper margin of the ethmoid bone are the anterior and posterior ethmoidal foramina.

The orbital fascia is the periosteum of the bones that form the walls of the orbit. It is loosely attached to the bones and is continuous through the foramina and fissures with the periosteum covering, the outer surfaces of the bones. In the case of the superior orbital fissure, the optic canal, and the anterior ethmoidal canal, it becomes continuous with the endosteal layer of the dura mater. The muscle of Müller, or orbitalis muscle, is a thin layer of smooth muscle that bridges the inferior orbital fissure. It is supplied by sympathetic nerves, and its function is unknown.