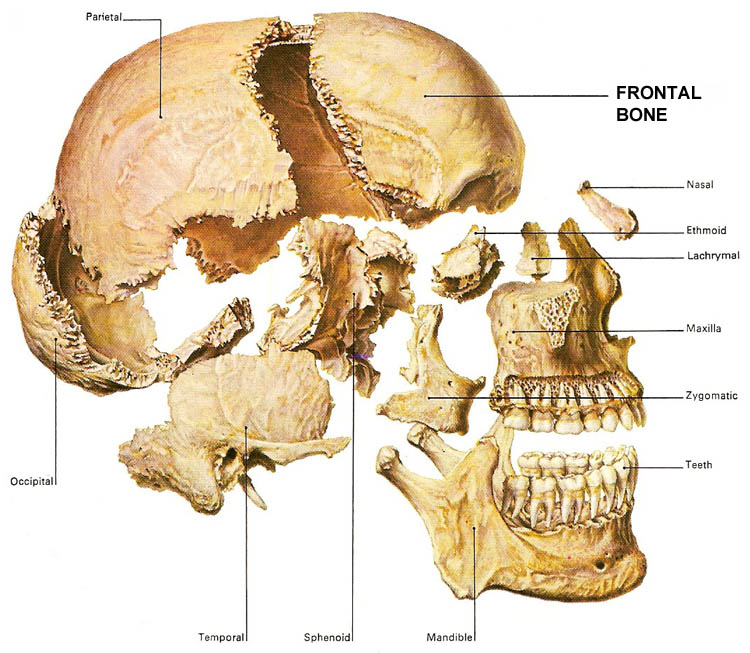 The frontal bone is one of four main bones which make up the vault of the cranium of the skull, the others being the two parietal bones and the occipital bone. At birth it consists of right and left halves, joined by a suture that usually closes during infancy.