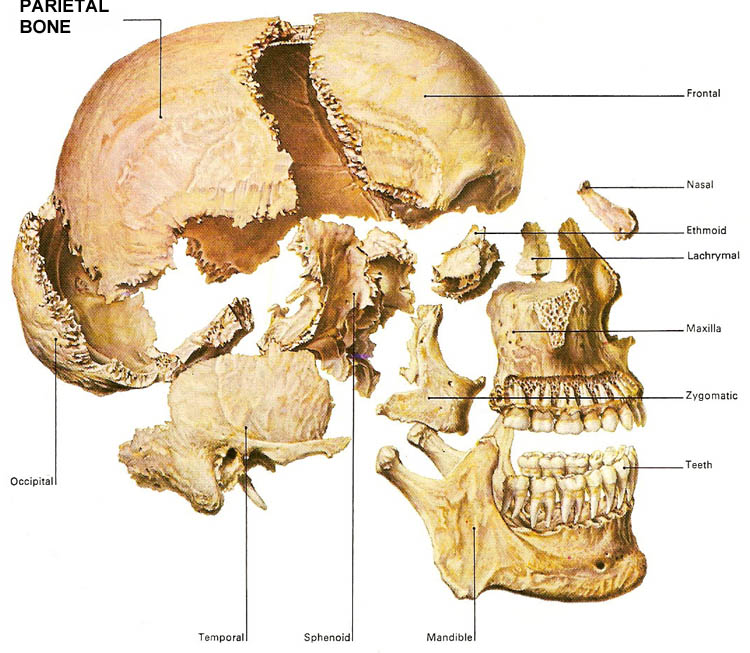 The parietal bones are two of the largest bones of the skull. Together they form a large portion of the sides and roof of the cranium. Each bone has the shape of an irregular quadrilateral, and has two surfaces, four borders, and four angles. The Latin parietalis means "of a wall."