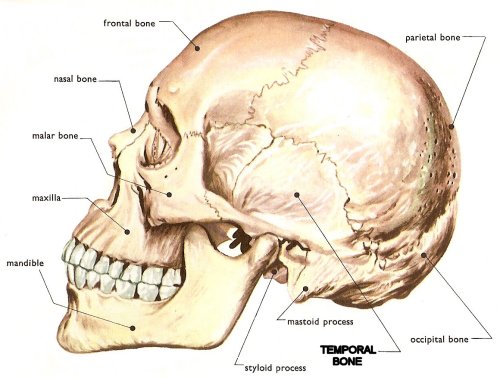 The temporal bone has a remarkably complex internal structure and contains part of the ear canal, the middle ear, and the inner ear. The facial nerve, responsible for control of the facial muscles, winds through the temporal bone on its way from the brain to the face.

The mastoid process projects downward and forward from behind the ear. It is undeveloped in the newborn child and grows only as a result of the pull of the sternomastoid muscle (also called the sternocleidomastoid), as the child moves his or her head. It may be recognized as a bony projection at the end of the second year.