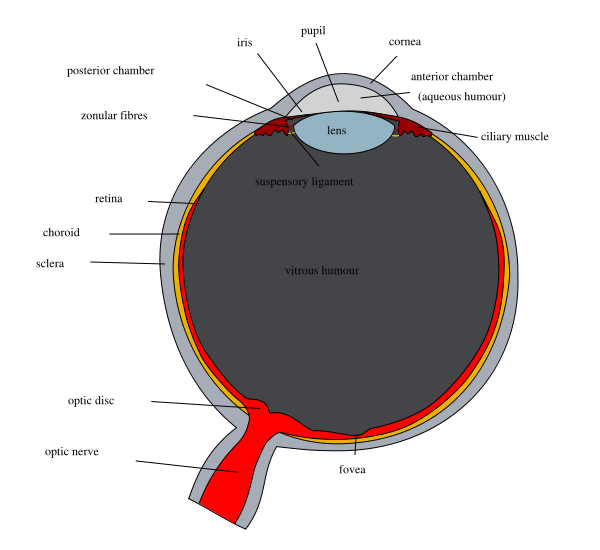 Fig 1. Section of a human eye. 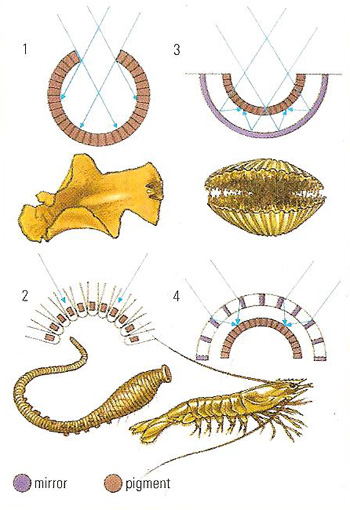 Fig 2. Types of animal eye. The simplest eyes, like those of flatworms (1), are just cups lined with a light-sensitive retina. In tube-worm eyes (2) each light receptor lies at the bottom of a pigmented tube. It receives only light from a particular angle and functions as a basic compound eye. The mirror eyes of scallops (3) form an image by reflection of incident light, in a similar way to a reflecting telescope. Shrimps and lobsters have a superimposition eye (4) in which mirrors channel light to form a single particularly bright image

The eye is the receptor organ for light. Some form of eye occurs very widely among animals, ranging from the simple ocellus to the complex eyes of arthropods (see compound eye), vertebrates, and cephalopod molluscs (see octopus eye). Eyes of the latter two groups, although remarkably similar, have evolved quite independently and thus offer a classic example of analogous biological structures. Eyes often occur in pairs, enabling the perception of depth through binocular vision, or in some animals (such as chameleons), the formation of two separate images.

Light enters the mammalian eye through the pupil, and is focused by the cornea and the lens onto the retina. The shape of the lens can be changed by the ciliary muscles so that the image always comes to a sharp focus at the retina. This image is inverted (upside-down). At the retina, the light rays are converted into electrical impulses which are then transmitted through the optic nerve to the brain, where the image is translated and perceived in an upright position.


Chambers of the eye


Other components of the eye

See the table below for brief descriptions of the major components of the mammalian eye and their functions. Click on a link to find out more.