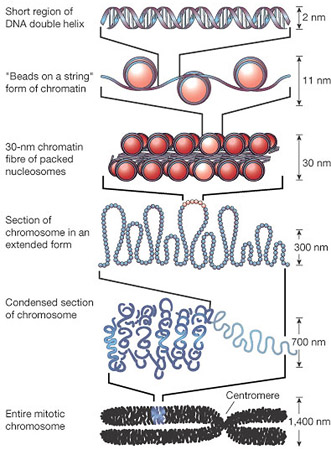 Chromatin is a complex of DNA and basic proteins (such as histone) in eukaryotic cells that is condensed into chromosomes in mitosis and meiosis. There are two types. Heterochromatic is densely-coiled chromatin that appears as nodules in or along chromosomes and contains relatively few genes. Euchromatic is the less-coiled and genetically active portion of chromatin that is largely composed of genes.