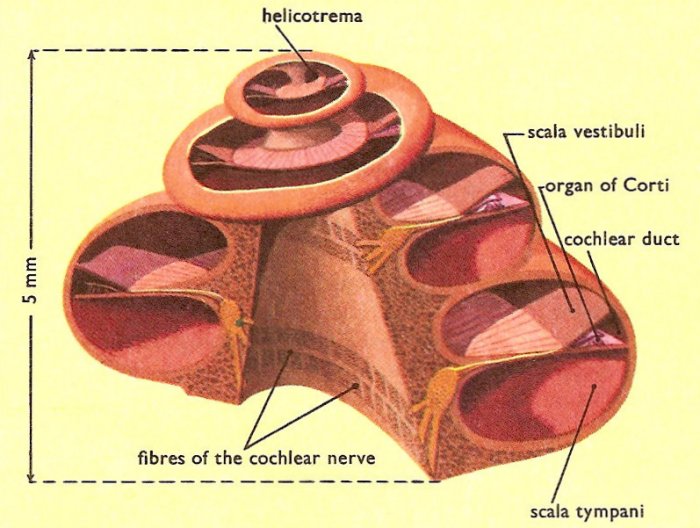 Cutaway illustration of the cochlea. 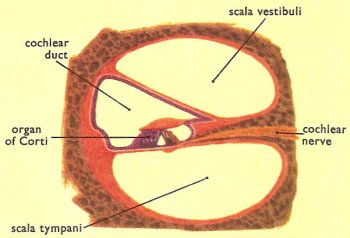 Cross-section of one spiral of the cochlea.

The cochlea is the part of the inner ear which contains the organ concerned with the reception of sound and the analysis of pitch – the so-called organ of Corti. It is found in humans and other mammals, birds, and some reptiles (such as crocodiles). The cochlea arises as a projection of the sacculus and in the mammalian ear is snail-shaped (hence its name).


Structure of the cochlea

The organ of Corti, within the cochlea, is lined with sensitive cells that have tiny hairs. The cochlear canal is filled with fluid (endolymph) and surrounded by fluid (perilymph). Vibrations of the oval window, induced by sound, are transmitted through the perilymph and endolymph and stimulate the hair cells of the organ of Corti. These in turn stimulate nerve cells that transmit information, via the auditory nerve, to the brain.