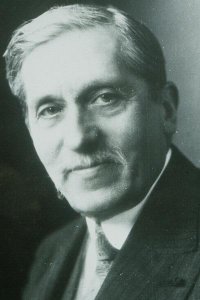 Marie Fabry was a French physicist who co-invented the Fabry-Pérot interferometer, with Alfred Pérot, and suggested the use of the Fabry lens. He is also known for his research into light in connection with astronomical phenomena, and as the discoverer of the ozone layer in the upper atmosphere. He became a professor at the University of Marseilles (1904) and the Sorbonne (1920).

A Fabry lens is a lens that forms an image of the telescope's primary mirror onto the photocathode of a photomultiplier tube and, in this way, serves as a key element of photometer. A mask, placed in front of it, isolates the object whose light intensity is to be measured.