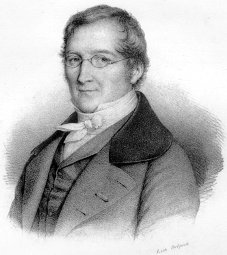 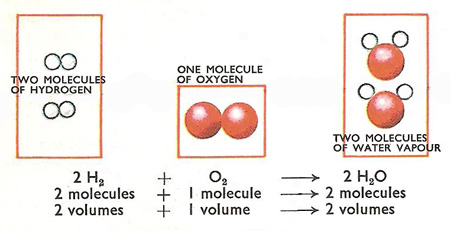 Joseph Gay-Lussac was a French chemist and physicist who did pioneering research into the behavior of gases. He discovered the law of combining gases (Gay-Lussac's law) and the law of gas expansion, often also attributed to Jacques Charles (who discovered it earlier but did not publish his results – see Charles' law). Gay-Lussac prepared (with Louis Jacques Thénard) the elements potassium and boron, investigated fermentation and hydrocyanic (prussic) acid, and invented a hydrometer. He also made two balloon ascents to investigate atmospheric composition and the intensity of the Earth's magnetic field at altitude.

Gay-Lussac was born at St. Leonard, a small town in the south of France, and at the age of 19 he entered the Polytechnic School in Paris. On leaving in 1801 he started work for the department of Highways and Bridges. His research work started when he was selected by Berthollet to work as his assistant in the government chemical works at Arceuil.

In 1802, as a result of his experiments with gases, he put forward the idea that all gases expand by the same amount if their temperatures are raised by the same amount. This idea was put forward at the same time by Jacques Charles who had been working independently of Gay-Lussac. Gay-Lussac also performed experiments to find the coefficient of gases. That is the volume by which one cubic meter of gas would expand if its temperature were raised by one degree Celsius. The value he found was somewhat higher than what is now accepted as the true value.

He then turned his attention to a study of vapors and performed experiments to find the densities of certain of them. He realized that the design of thermometers and barometers was by no means perfect and spent some time making improvements to them.

Gay-Lussac wondered how the composition of the atmosphere changed with distance from the Earth. How were temperatures affected? How did magnets behave? Such questions led him to make two ascents by balloon to investigate these problems. Together with Alexander von Humboldt he analyzed a sample of air brought down from 23,000 ft; the second ascent he made alone.

Jointly Gay-Lussac and Humboldt discovered that two volumes of hydrogen combine with one volume of oxygen to form water. The result made Gay-Lussac wonder if other gases reacted in a similar fashion. In 1808 he had collected enough evidence to show that this was so. Gases combine in simple volume ratios, and if the products were gases, they too were in simple volume ratios to the reacting gases. One cc of nitrogen would combine exactly with 3 cc of hydrogen to form 2 cc of ammonia gas. Gay-Lussac announced his law in 1808.

In 1809 Gay-Lussac was appointed professor of chemistry at the Polytechnic School in Paris where he himself had been a student, and also professor of chemistry at the Jardin des Plantes. From then on his researches were largely in the field of chemistry. They covered a great many topics. Probably his most important contribution was to industry. Oxides of nitrogen are used as catalysts in the manufacture of sulfuric acid by the lead chamber process. They speed up the reaction; converting sulfur dioxide to the sulfur trioxide which dissolves in water, forming sulfuric acid. These oxides can be used over and over again but at the time there was no effective method of recovering these oxides. The first Gay-Lussac tower for their recovery was used in 1842.