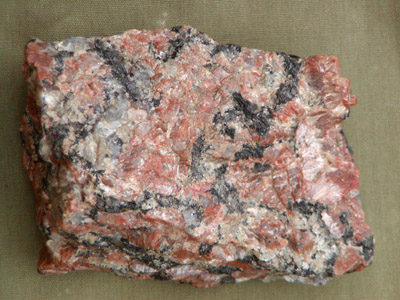 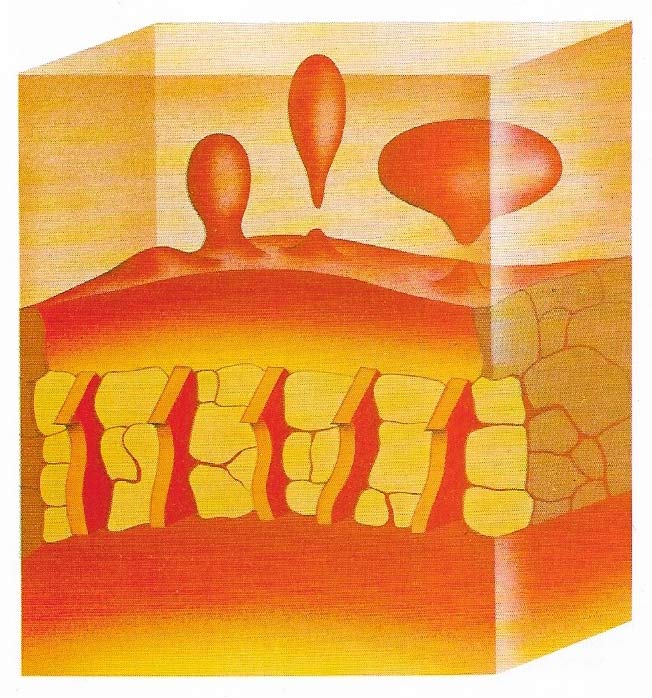 Fig 2. Granite is formed by the partial melting of older deeply buried rocks. Initially, the molten liquid stays between the remaining grains but later it migrates to form small pods which in turn collect together into layers. Because the lquid is lighter than the surrounding rock it rises upward and intrudes the rock above, forming large masses called batholiths.

Granite is an extremely hard, light-colored, acidic igneous rock consisting mainly of plagioclase feldspar and quartz (average 25%), with some biotite (mica), hornblende, and other colored material (Fig 1). It is the most abundant igneous rock.

Granite generally results from the slow solidification of magma deep within the crust (2 to 50 kilometers) in large batholiths (Fig 2); i.e., it is an intrusive rock. The slow cooling gives a coarse grain size. Some granites result from metamorphism of pre-existing rocks.

Granite is used for building, paving, and road curbs..