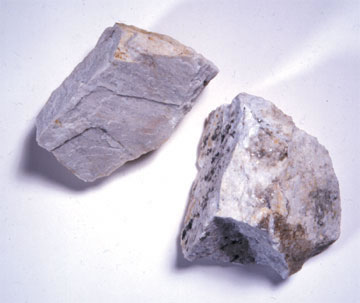 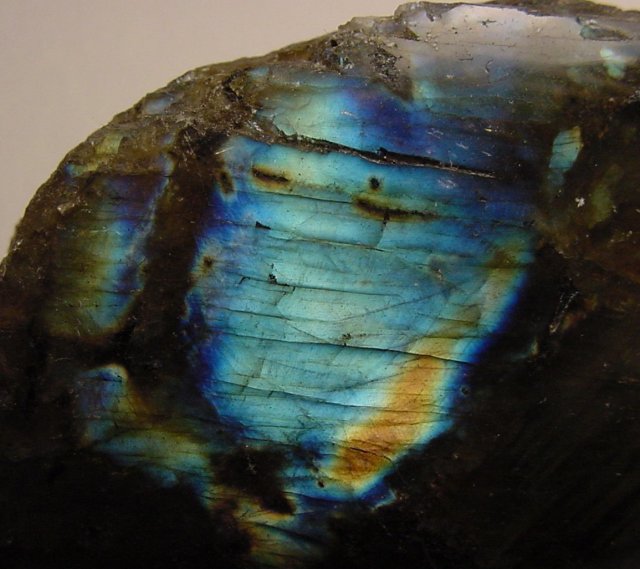 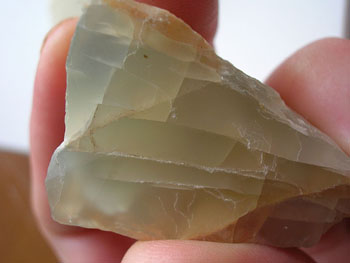 Plagioclase feldspar is a group of common, widely-distributed feldspar minerals (the most abundant group of minerals on Earth), composed of varying proportions of the silicates of sodium and calcium with aluminum. They range from NaAlSi3O8 (albite) to CaAl2Si2O8 (anorthite), and are important ingredients in some igneous and metamorphic rocks. Off-white, or sometimes pink, green, or brown in color, they show an oblique cleavage, and have triclinic system crystals. Hardness 6–6.5; relative density 2.6.

Albite is a common mineral occurring in igneous rocks, consisting of sodium aluminum silicate (NaAlSi3O8); it often forms vitreous crystals of various colors. Albite, a variety of plagioclase, is one of the end-members (pure compounds) of the feldspar group.

Anorthite is a mineral at the other end of the plagioclase series from abite, consisting of calcium aluminum silicate (CaAl2Si2O8). It occurs in the form of vitreous white or gray crystals. Anorthite and albite form a solid-solution series in which the two intermingle, so that, in nature, there is a continuous chemical variation between the two compounds.

Labradorite is a variety of plagioclase feldspar, consisting of albite and anorthite, commonly occurring in basalt and gabbro (Fig 2). Gray to black in color, it often shows blue, green, or red iridescence, and hence is used as a gemstone and for building.

Moonstone is a translucent variety of alkali or plagioclase feldspar, showing opalescence due to unmixing of sodium and potassium. It is sued as a gemstone (Fig 3).