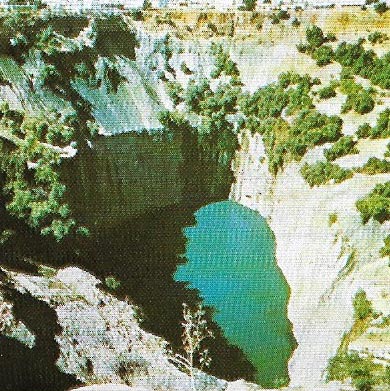 Fig 2. The Kimberley Great Hole is a disused diamond mine 300 m (1,000 ft) deep. Diamonds were found at Kimberley in 1871 and some three tonnes of gems were removed before work ended in 1909. 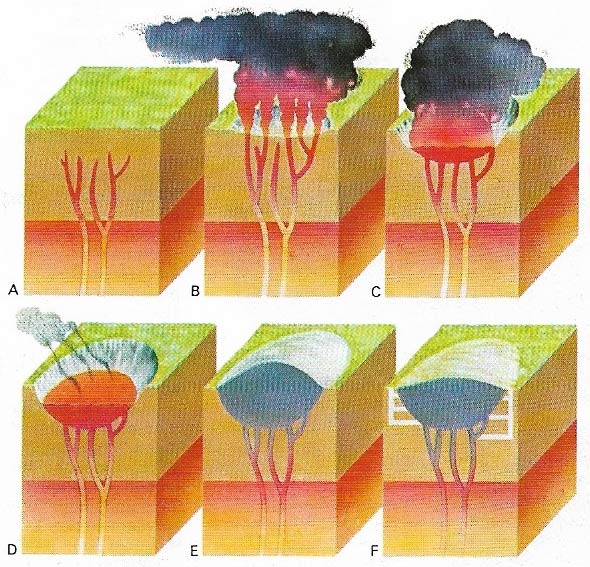 Fig 3. Diamonds are made by intense heat and pressure in volcanic plugs or kimberlite pipes, deep below the Earth's crust (A). As pressure increases gas collects in fissures and explodes, forming a hollow in the Earth's surface (B). Diamond-bearing kimberlite wells up the fissures (C) to fill the cavity (D). The kimberlite may rise above the surface (E). Shafts are sunk for easier access to it (F). 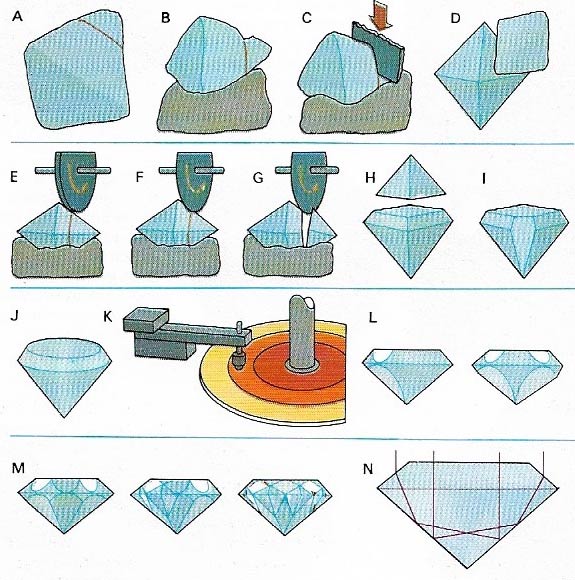 Fig 4. A rough diamond is cut to shape along the cleavage planes (A). These are first grooved (B) and then cleaved with a blade (C) until a workable shape (D) is obtained. C utting is done first with a coarse (E) and then a fine (F) saw to give the final shape (G, H, I, J). Polishing is done on a lap (K), covered in diamond powder, producing the facets (L, M) that reflect light from the interior giving the stone its fire (N). 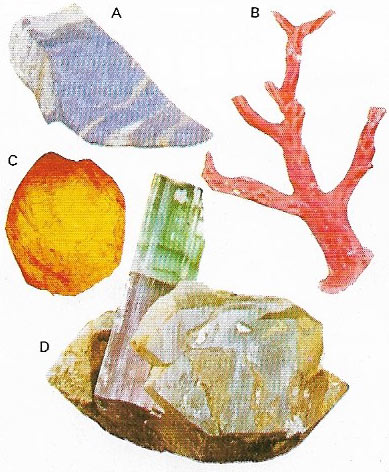 Fig 5. Most gems are mineral. Lapis lazul (A) is the name given to a rock rich in lazurite. Tourmaline (D) is a complex borosilicate. Organic gems include coral (B) (the skeletons of coral polyps) and amber (C) which is a fossil resin. 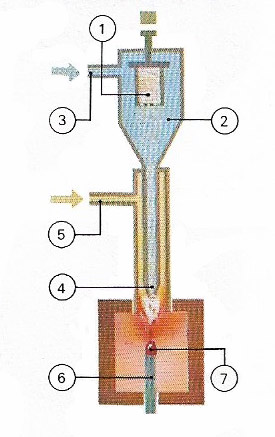 Fig 6. Synthetic gems are produced by a flame-fusion process, known as Verneuil's method, after the inventor. Alumina powder in the container (1) falls into the chamber (2). Oxygen (3) mixes with the alumina and carries it to the tip of the torch (4) where it burns with hydrogen entering through the tube (5). In the intense heat produced, the fine alumina particles fuse into gem droplets and fall onto a support (6) on which the body of the gem is being formed (7). 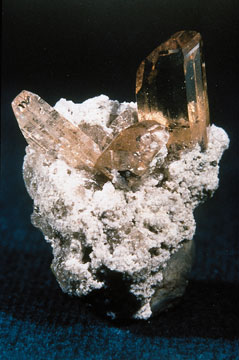 A gemstone is stone prized for its beauty, and durable enough to be used in jewelry and for ornament. A few gemstones – amber, coral, pearl, and jet – have organic origin, but most are well crystallized minerals. Transparent stones, such as diamond, ruby, emerald, and sapphire, are the most highly valued. Fashion often determines the popularity of gems. Jet, a hard, shiny black fossilized wood, was widely used in jewelry in the years after 1861, when Queen Victoria was in mourning.

Gems are that are of inorganic origin and occur as natural minerals are formed in several different ways. Many gems are found in igneous rock, that is rock formed directly from magma that has welled up from the Earth's interior and solidified beneath the surface. As magma cools, the elements tend to separate into regions where they form different minerals. Pockets of gases and superheated water often dissolve many elements; these finally cool and combine to form precious or semi-precious minerals. Pegmatite – light-colored, coarse-grained igneous rocks – are formed by superheated gas and water and they often contain stocks of gems including beryl, quartz, tourmaline, and feldspar. Gases in the cooling pegmatites help form minerals such as fluorine-bearing topaz (Fig 7) and tourmaline (Fig 19).

Other gems are formed when heat, pressure, or chemical action alter the structure of existing rocks causing them to recrystallize or re-form in different ways as metamorphic rocks. Olivine (also common in lavas), emerald (Fig 11), and garnet (Fig 12) are found in metamorphic rocks. Great heat and pressure were probably responsible for diamond formation from carbon in kimberlite (Fig 3). Many gem materials, including diamond (Fig 10), are found as crystals or rolled pebbles in alluvial gravels of river beds.

Gem minerals can be identified by a number of qualities such as the shape of the uncut crystals, their color, hardness, refractive index, and specific gravity (density). A gem's value is established by rarity, brilliance, purity, color, and hardness. Demand also determines the value of a gem; diamonds are in constant demand for industrial use as cutting instruments as well as for jewelry.

One of the main factors that determines the beauty of a gem is its properties with regard to light – namely, how light is reflected, refracted (bent), and dispersed (split up) into the spectrum by the gem. Each stone has its own refractive index. This index is measured by dividing the sine of the angle of incidence (the angle between the ray of light and the normal, which is a line drawn perpendicular to the surface) by the sine of the angle of refraction. Of all natural gems, diamond has the highest refractive index. Its ability to disperse white light gives the diamond its special fire, or flashes of spectral color and characteristic brilliance.

The colors of diamonds are generally due to lattice defects in the crystal and rarely to trace elements. Most other gemstones are colored by metal oxides that are either impurities or components. Color, however, is the feature that gives many gems their special quality. The transparent red ruby (Fig 16) and the blue sapphire (Fig 17), both of which are forms of a normally dull, gray or colorless mineral called corundum, the green emerald, a form of the mineral beryl (Fig 11), ad the yellow topaz are all admired because of their pure tints. Opaque or cloudy gems such as opals (Fig 13)depend entirely upon their color to make them attractive.

Hardness ensures durability and accordingly the most valuable gems are stones that will wear for a long time. Hardness is measured on the Mohs scale, which consists of numbers fro one to ten, indicating the relative hardness of substances. Diamond has a hardness of 10 on this scale and is by far the hardest of all natural substances. It is about 90 times harder than corundum, which rates as nine of the scale. Some gems are quite soft and are valued for other properties, including chatoyancy (cat's-eyes), dichroism (see double refraction), opalescence, and asterism – a star-shaped gleam caused by regular intrusions in the crystal lattice.


Polishing and cutting of gems

Since earliest times gems have been engraved in intaglio (where the design is cut into the stone) and cameo (where the design is in relief). In the 15th century, notably in Italy, the cutting technique of faceting was developed. The oldest form in which gems were cut was a rounded shape called cabochon, a French word for head. The cabochon is used for stones showing the effects of chatoyancy and asterism, which are caused by reflections from inclusions. Later, other styles of cut, including the brilliant, step, and mixed cuts, were developed. These depend on various facets being ground and polished in symmetrical arrangements to remove surface flaws and heighten the color or brilliance of the stone (Fig 4). Some gems are dyed, impregnated, heated, or irradiated to improve their color. Synthetic gems are made by flame-fusion or by crystallization from a melt or aqueous solution (Fig 6).