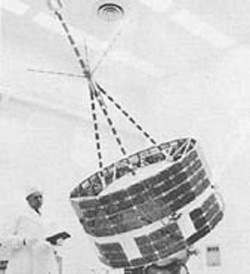 Nine scientific groups in five countries provided experiments for the HEOS 1 satellite. Under a December 30, 1966 memorandum of understanding and a March 8, 1967 contract with ESRO, the mission was the first cost-reimbursed NASA launch of a foreign scientific satellite.

HEOS 2, the second satellite in the series, continued the study of the interplanetary medium.