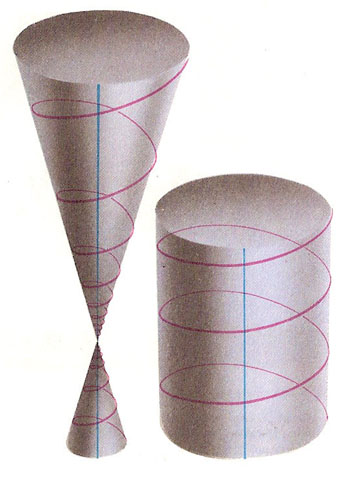 A circular helix (right) and cylindroconical helix (left). In each case the curve (red) makes a constant angle with the elements (e.g., the blue lines) in the surface on which it is draw.

A double helix is the structural arrangement of DNA, which looks something like an immensely long ladder twisted into a helix, or coil. The sides of the "ladder" are formed by a backbone of sugar and phosphate molecules, and the "rungs" consist of nucleotide bases joined weakly in the middle by hydrogen bonds.