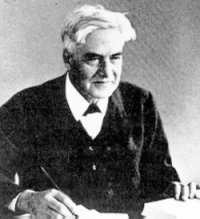 Robert Innes was a Scottish astronomer who emigrated to Australia (becoming a wine merchant) before moving to South Africa as director of the Observatory at Johannesburg, at the invitation of the astronomer royal David Gill. Innes measured stellar proper motions, introduced the orbital parameters for double stars now known as Thiele-Innes constants, in conjunction with the Danish astronomer Thorvald Nicolai Thiele (1838–1910), and was the first to use a blink comparator – an instrument with which he discovered the nearest star to the Sun, Proxima Centauri, in 1915. His Southern Double Star Catalogue (1927) included over 1,600 doubles that he had found.

Innes was also the first to see the Daylight Comet of 1910, though this comet was found independently by so many people in the Southern Hemisphere that no single original discoverer could be named. Innes recorded it on Jan 17, 1910.