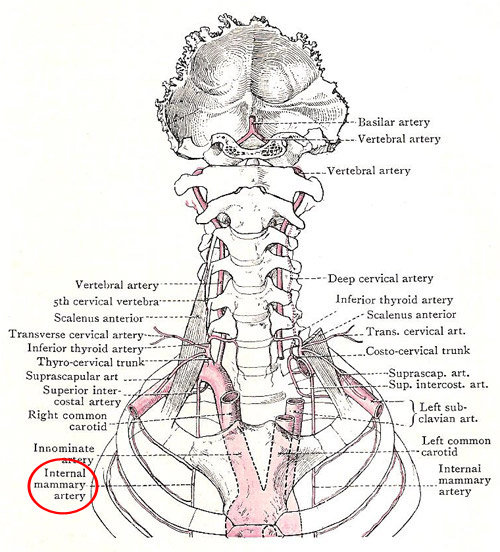 Internal mammary artery shown in relation to subclavian arteries and their branches.

The internal mammary artery is a long artery that is one of three branches of the first part of the subclavian artery.

It arises from the lower surface of the subclavian near the medial border of the scalenus anteriorscalenus anterior, and runs downwards and medially, through only a small part of the neck, to enter the thorax behind the first costal cartilage.

The artery is not accompanied by a vein in the neck, for the internal mammary vein ends in the innominate at the inlet of the thorax.