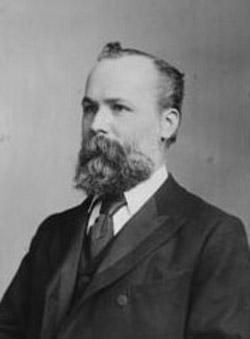 Edward Maunder was an English astronomer who, after working briefly in a bank, became photographic and spectroscopic assistant at the Royal Greenwich Observatory in 1873. Maunder's appointment allowed Greenwich to branch out from purely positional work, for Maunder began a careful study of the Sun, mainly of sunspots and related phenomena. After 1891 he was assisted by his second wife, Annie Scott Dill Maunder, neé Russell (1858–1947), a Cambridge-trained mathematician. It had been known since 1843 that the intensity of sunspot activity went through an 11-yr cycle. In 1893 Maunder, while checking the solar cycle in the past, came across the surprising fact that between 1645 and 1715 there was virtually no sunspot activity at all. For 32 yr not a single sunspot was seen on the Sun, and in the whole period fewer sunspots were observed than have occurred in an average year since. He wrote papers on his discovery in 1894 and 1922 but they aroused no interest. (Gustav Spörer reached the same conclusion as Maunder even earlier.) More sophisticated techniques developed in recent years have established that Maunder was correct in the detection of was has become known as the Maunder minimum. The realization that the period of the minimum corresponds to a prolonged cold spell suggests that Maunder's discovery is no mere statistical freak. It may throw light on the Sun's part in long-term climatic change and on possible variations in the processes within the Sun that produce the sunspots.

Maunder also played a significant part in the debate on the canals of Mars by carrying out experiments with marked circular disks and concluding, as did Simon Newcomb, that the canals "are simply the integration by the eye of minute details too small to be separately and distinctly defined."