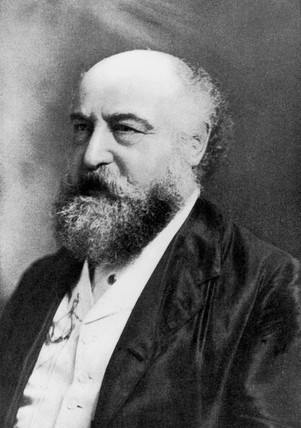 Ludwig Mond was a German-born British chemist and industrialist. Mond experimented with alkalis and developed a producer gas (a mixture of carbon monoxide and nitrogen). He also discovered nickel carbonyl, a gas formed from carbon monoxide and metallic nickel. Using nickel carbonyl, he developed a useful industrial method (the Mond process) for extracting pure nickel from its ore.

Born in Kassel, Mond studied chemistry first at Marburg and then, for three years from 1856, under Robert Bunsen at Heidelberg. During the 1860s he worked in various chemical manufacturing facilities in Germany, the Netherlands, and England. He settled in Widnes, in Cheshire, in 1867 and became a naturalized British citizen in 1880.

In 1872 Mond brought a licence for Ernest Solvay's process (see Solvay process) for making soda. He developed this further with his partner John Brunner and together they founded Brunner Mond, which eventually merged with three other large chemical companies to form Imperial Chemical Industries.

Mond went on to develop new methods of manufacturing ammonia and, as mentioned above, extracting nickel. With part of his wealth he purchased 20 Albemarle Street for the Royal Institution.