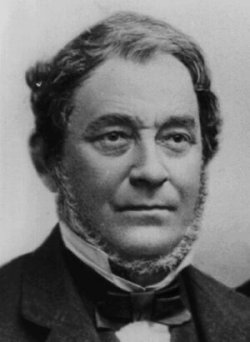 Robert Bunsen was a German chemist, born in Göttingen, who was a pioneer of chemical spectroscopy. Bunsen began the study of zoology, chemistry, and physics at the university of his native town, and continued them at Paris, Berlin, and Vienna. After having lectured at Göttingen and Cassel, he filled the chair of chemistry in succession at Marburg, Breslau, and, from 1852, Heidelberg. His papers on physics and geology, as well as chemistry, are numerous.

Bunsen did important work with organo-arsenic compounds, and along with his friend Berthold in 1837, showed that hydrated iron oxide is an antidote to arsenic poisoning. He was the first to produce magnesium in large quantities; and in 1860 he invented the magnesium light, which proved so important to photography. But the greatest advance with which his name is associated is that of spectrum analysis – made in conjunction with his colleague Gustav Kirchhoff – which had such far-reaching consequences in chemistry and astronomy. It was the means by which Bunsen and Kirchhoff discovered cesium (1860) and another alkali metal, rubidium (1861). The Bunsen burner was an invention probably not of Bunsen himself (although Bunsen undoubtedly popularized its use) but of his technician, Peter Desdaga, and based on one by Michael Faraday. Bunsen also invented other kinds of laboratory equipment, such as the Bunsen cell, a carbon-zinc electric cell that was used in arc lamps.

Besides his original work in chemistry, Bunsen was a brilliant teacher. The government of Baden made him a privy-councilor in 1863.